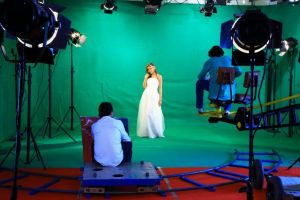 Jharkhand has contributed to Indian film industry.Although three films were produced on an average every year since 1992,this state does not figure in the Indian cinema.

This is mainly because there is no infrastructure required to develop film industry in Jharkhand.Every film was made with kost technicians hired from Kolkata.”The problem of the state,its people,culture and lifestyle were seldom highlighted by any of these films”,said Anil Sikdar,film Director

Sikdar was speaking in a seminar organized on ‘100 years of Indian Cinema:Jharkhand’s contributions to films at the International library in Ranchi on Friday.

“Jharkhandi film industry has not gained its identity.There is no facility available for its growth.The state government has not made available its assistance.Which is why when any film portrays the culture and civilization of Jharkhand,it does not gain the national spotlight”,said Sikdar.