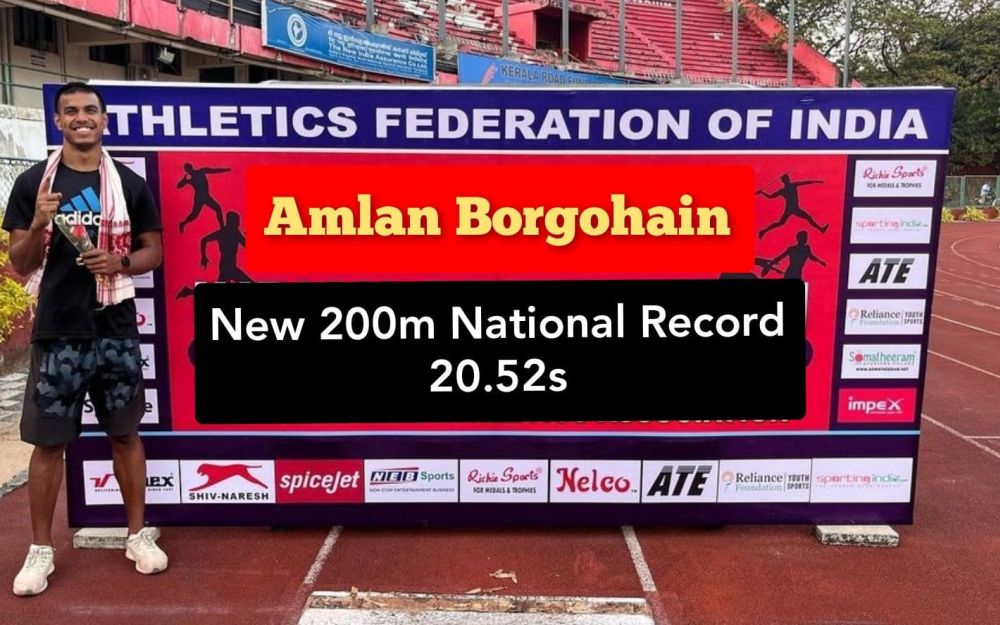 The 23-year-old sank Muhammed Anas Yahiya’s existing mark of 20.63 seconds in a race that saw the top three finish inside 21 seconds.

However, it was only Amlan Borgohain who matched the Asian Games qualifying standard set by the Athletics Federation of India (AFI). Having run successive sub-21-second races in September and March, he gave proof of his progress.

Avinash Sable, known to break National records in the Steeplechase, rewrote the men’s 5000m meet record with a fine effort over 13:39.43 that raised expectation that he could soon be claiming the National record standing in the name of Bahadur Prasad since June 27, 1992. Kartik Kumar’s bid for the distance double came unstuck in the face of Sable’s run.

The top three finishers, including Uttar Pradesh’s Abhishek Pal met the Asian Games qualification criteria set by AFI. Running his maiden competitive race over the distance at the national level, Sable became the fourth fastest Indian in the 12-1/2-lap race. In fact, it was the fastest 5000m by an Indian on home soil.

The Triple Jump saw a pulsating contest with Eldhose Paul (Kerala) breaking a 10-year-old meet mark when he leapt 16.99m to claim gold.

Manju Bala Singh led with 63.12m on her third try but Sarita Romit Singh won gold with 64.16m on her fifth attempt.

Manju Bala Singh also came up with a 64m throw on her last try but had to settle for silver. They pushed one another so competitively that it was the first time that both breached the 64m in the same competition. They also earned qualification marks for the Commonwealth Games and the Asian Games.

In the thrilling women’s 200m final, Hima Das (Assam) held back a challenge from Aishwarya Kailash Mishra (Maharashtra) and Priya H Mohan (Karnataka). Hima Das stopped the clock in 23.63 seconds to win by one-hundredth of a second from 400m champion Aishwarya. Priya H Mohan, who did not compete in the 400m, settled for third place in a personal best time.