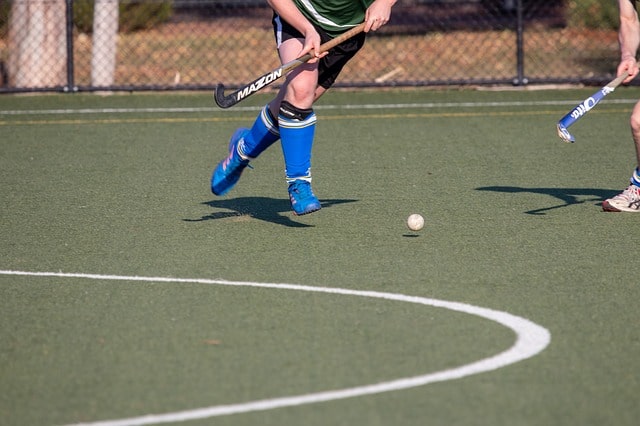 Displaying  tremendous stamina and speed, the Netherlands outlasted  India 3-0  to set up a title clash with arch-rival Germany who decimated England 8-0 in the second semi-final of the  Women’s Junior Hockey World Cup at  Potchefstroom, South Africa on Sunday.

India created trouble for their fancied rivals at the very start of the game as skipper  Tete Salima created a super opening for Mumtaz Khan who had only goalkeeper Sophie ter Kuile to beat but she fumbled and her shot hit the post.

Netherlands counter followed and  Noor Omrani set up Jip Dicke who uncharacteristically missed the ball when she had a clear scoring opportunity.

India continued to put pressure with real intensity but then the Dutch did what they do. The ball was picked up in defence and  involved a one-two from Luna Fokke to Noor Omrani and onto Tessa Beetsma. Beetsma made no mistake as she shot past Kharibam  Devi in the India goal (1-0).

India regrouped and started attacking from the flanks and caused more problems in 30 minutes for the Dutch than the team in orange had faced all tournament.

The second half saw the Netherlands begin to push their foot down a little more. The difference between the team in orange and all other teams in Potchefstroom is the speed and accuracy with which they pass the ball; as the second half progressed, India were feeling the full force of the Dutch passing game.

In the third quarter, the Netherlands created several early chances to put the game out of reach. Luna Fokke, Rosa Fernig and Mette Winter all had good scoring opportunities but India somehow managed to clear their circle and keep their opponents in sight. Priyanka was particularly strong at the heart of the Indian defence.

And so with 15 minutes left, the game was still wide open. India’s speedy counterattack was always going to pose a threat to the Netherlands and so there was a lot of high tension around the pitch.

The match was sealed in the final seven minutes of the game as the Netherlands scored two goals of sublime quality. First Noor Omrani sent a cross to Luna Fokke, who intercepted it well and sent it into the cave  (2-0)

Seconds later  Maria Steensma sent a pass into the circle and Jip Dicke tipped it home, (3-0) bringing her tournament tally to 13 - two ahead of teammate Fokke.

Player of the Match Noor Omrani said: ‘I am so super proud that we have made it to the final. We talked to each other and we said this will be the biggest test and look what we did. India played really well but everyone was contributing to the scoring and happy for each other. I don’t care who we meet in the final. The opposition doesn’t matter to us.’

Talking about the second goal scored by Fokke, Omrani said: ’I got the ball and I was looking at the goal, but Luna [Fokke] and I have some chemistry; I can’t describe it. I saw her running and I thought, yes she needs to get the ball. So I gave her the ball and when she gets the ball, she will always score. I have faith in her and she did it. That goal, taking it to 2-0 meant we could breathe a little bit and chill. It was an amazing goal.’

Netherlands Head Coach Dave Smolenaar said: ‘This means a lot. Winning against a team as strong as India was great. We defended well and scored three beautiful goals. We didn’t start well in the first half, but we loosened up after we scored the goal.’

India’s Head Coach Erik Wonink said: ’I am proud of the girls. We gave a really good fight. We played well in the first half but let it slip a bit in the second. As a group, we learnt so much. In the bronze medal match, we will use our skill and speed to aim for that bronze medal.’