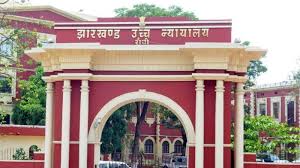 In a major development, the Jharkhand High Court today directed the Enforcement Directorate and the Registrar of Companies to probe the money laundering allegation against Jharkhand CM Hemant Soren, his brother Basant Soren and their associates.

The Court asked the officials to probe and file a report in two weeks on the status of alleged money laundering by the CM. The court was hearing a PIL filed against Soren and his family for alleged amassing of disproportionate properties.

The Jharkhand HC heard the PIL filed against the Soren family on Friday, demanding a probe on the assets/property earned by the CM and his brother Basant Soren. The PIL claimed that the CM had amassed assets beyond known source of income.

Following the hearing, the HC ordered ED and the Registrar of Companies to probe the matter and submit a report within 14 days. CM Soren is also facing a PIL in connection to leasing of stone quarry mines that was sanctioned to him.

CM Soren is under fire in connection to a stone quarry mines lease that was sanctioned to him. Earlier, the Election Commission of India (ECI) wrote to the Jharkhand government, seeking 'authentication' documents pertaining to a mining lease granted to CM.

The ECI, in a letter to Chief Secretary Sukhdeo Singh, sought detailed documents related to the mining lease in the Angara block of Ranchi to CM Soren, who also holds the mining portfolio in the Jharkhand ministry.