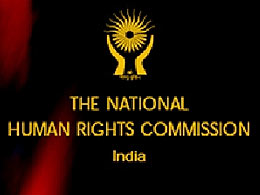 Responding to the Rajya Sabha Member Parimal Nathwani’s complaint,the National Human Rights Commission has served notice on the Jharkhand government asking it to explain if its officials and the police violated human rights by demolishing slums like Islamnagar,Alinagar,back side of the Collector’s office and vegetable market in Ranchi on April-5-6,2011.

The NHRC Coram under chairmanship of Justice KG Balakrishnan and two other members Justice B. C. Patel and Satyavrat Pal(Retired Indian Foreign Service Officer),who probed the case threadbare in the wake of the complaint filed by Nathwani on April 24,2011,observed that public servants of state of Jharkhand had not only prima facie violated human rights of the persons and the Article 21 of the constitution,but also violated the directives of the Supreme Court.

As such,a show cause notice was required to be issued to the Jharkhand government under section 18 of the Protection of the Human Rights Act, 1993,observed the NHRC.

Incidentally,apart from demolishing the hutments,houses and shops in these localities,the police had resorted to firing. Two persons were killed, eight persons sustained injuries in the incident and others lost their property.”This was done without following the procedure under the law’,complained Nathwani in his petition.