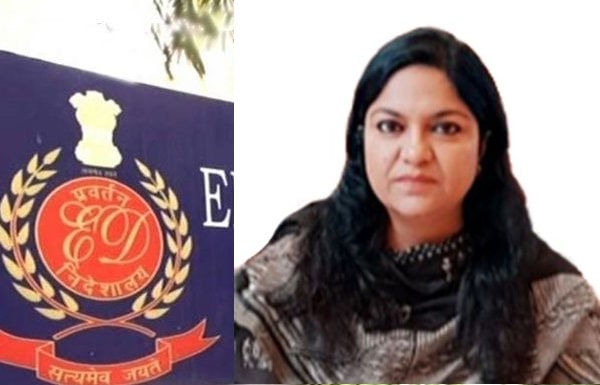 Enforcement Directorate is expected to quiz Pooja Singhal,Indian Administrative Service (IAS) officer, who is the secretary of Jharkhand mining department.

Singhal’s husband Abhisheikh Jha and Charted Accountant Suman Singh were interrogated together at ED’s office near Ranchi Airport on Sunday.

Now Singhal is going to be interrogated on Tuesday.She has come on the radar of the ED in connection with the money laundering case involving the alleged embezzlement of crores of MNREGA funds in the state. The agency has raided Pooja Singhal's home, as well as several other locations.

According to reports, the agency seized a total of Rs 19.31 crore in cash from two premises searched on Friday in Ranchi.

A total of Rs 17.51 crore in cash has been recovered from the premises of a Ranchi-based Chartered Accountant-cum-financial advisor whose connections with Pooja Singhal and her family are being investigated.

According to reports, around 1.8 crore in cash has also been recovered from another location in the city