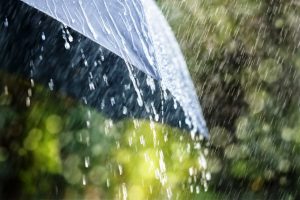 The southwest monsoon is expected to reach Kerala during the next two to three days, marking a sluggish start to the seasonal rains, predicts IMD.

Forecasts continue to suggest that the onset could happen sometime between 30 May and 2 June, and it will not be robust, an IMD spokesperson said in New Delhi today.

The IMD has forecast widespread light/moderate rainfall with thunderstorms/lightning over Kerala and Lakshadweep and isolated to scattered rainfall over Andhra Pradesh, Telangana, Karnataka and Tamil Nadu, Puducherry and Karaikal during the next five days under the influence of westerly winds blowing from the Arabian Sea.

The weather office has forecast scattered light/moderate rainfall with isolated thunderstorms over Jammu and Kashmir and Himachal Pradesh during the next four days.

It also said isolated rainfall over Uttarakhand, north Punjab, north Haryana, Uttar Pradesh and East Rajasthan was likely during the next two to three days.

According to the IMD, most parts of northwest and central India are likely to experience a gradual increase in the maximum temperatures by two to three degrees Celsius over the next three days.