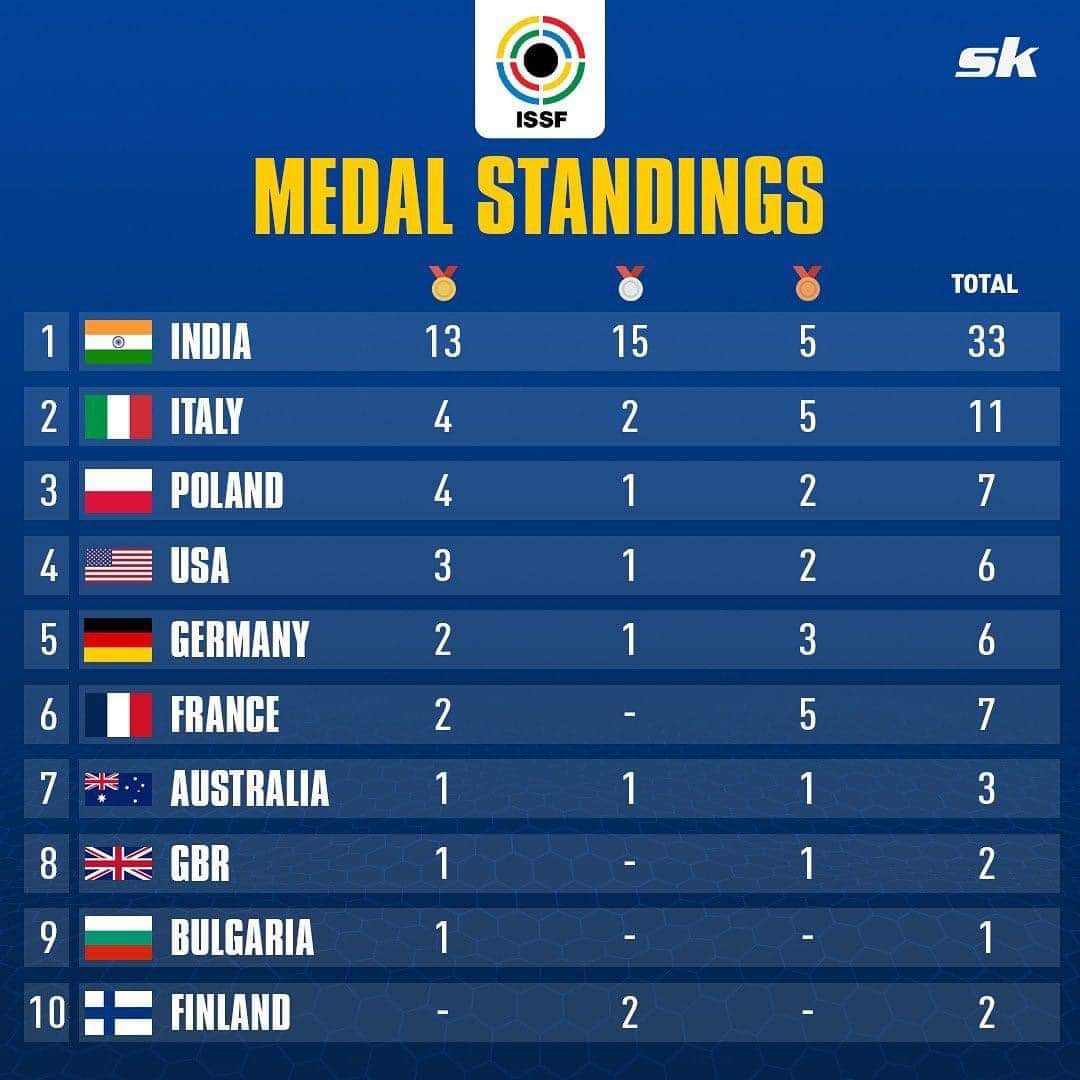 In the International Shooting Sports tournament, India placed itself at the top of the medal ranking.

Organized by the ISSF, the shooting tournament was held in Germany from May 9-20. While India won 31 medals, Italy and Poland gained 11 and 7 medals to stand as second and third in medal rankings.

ISSF is the governing body of the Olympic shooting events in rifle, pistol, and shotgun (clay target) disciplines, and of several non-Olympic Shooting sport events.

At the bottom of the medal, standings was Bulgaria.