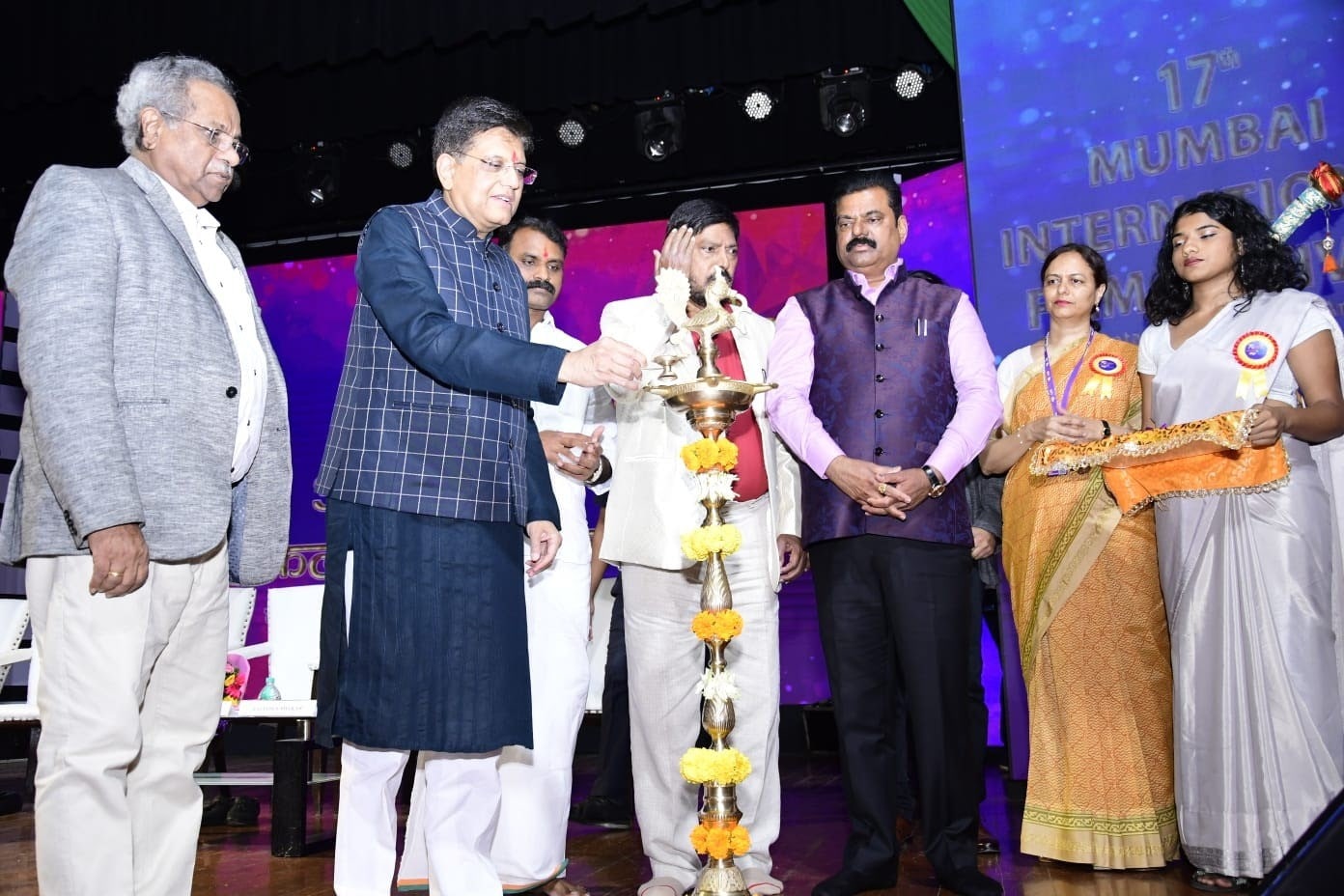 The 17th edition of the Mumbai International Film Festival for Documentary, Short Fiction, and Animation films (MIFF-2022) began with a colorful opening ceremony at the Nehru Centre, Worli in Mumbai today (29th May 2022).

Union Minister of Commerce & Industry, Consumer Affairs, Food & Public Distribution and Textiles Shri Piyush Goyal inaugurated the seven-day festival organized by the Films Division of the Ministry of Information & Broadcasting. To promote wider participation, MIFF 2022 has been organized in a hybrid mode, and online viewing of films is free for all those who register at https://miff.in, said Festival Director Ravindra Bhakar.

In commemoration of Bangladesh’s 50 years of Independence, the country has been chosen as the ‘Country of Focus' this year. A special package of 11 films from Bangladesh including the critically acclaimed film ‘Hasina- A Daughter’s Tale’ will be presented at MIFF 2022.

At the opening ceremony, the coveted Dr. V Shantaram Lifetime Achievement Award was conferred upon veteran documentary filmmaker and author Sanjit Narwekar,  for his contribution to films through his writings, especially film history and the documentary film movement. Narwekar has written and edited more than 20 books on cinema, including ‘Marathi Cinema in Retrospect’, which won him the Swarna Kamal at the National Film Awards.

The V Shantaram Lifetime Achievement Award carries a cash prize of Rs 10 lakhs (Rs 1 million), Golden Conch and a citation.  This award is instituted in memory of legendary filmmaker V Shantaram, who was closely associated with the Films Division as Honorary Chief Producer during the 1950s.