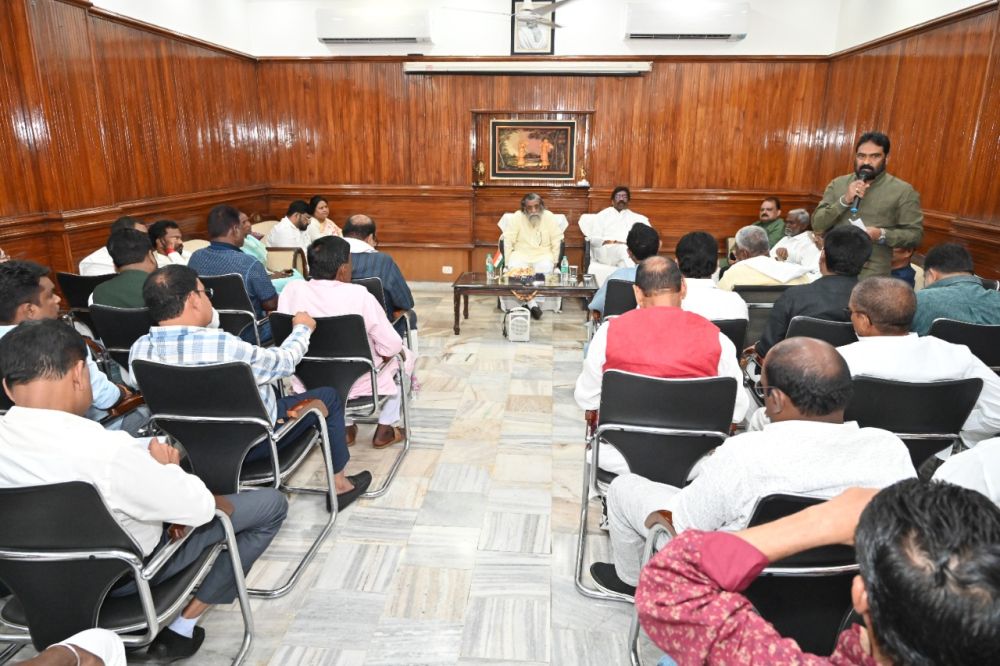 The JMM move comes a day before the ECI’s extended date for receiving the reply of Hemant Soren in connection with an allegation that he as the CM of Jharkhand had gained a stone mining lease and thereby indulged in an act of “ office of profit.”

The allegation was made in the form of a letter written by the opposition BJP to Governor Bais who had forwarded this letter to ECI. In response, the ECI had directed the Jharkhand Chief Secretary to submit official status in connection with the BJP office bearers complaint of misuse of his status of the CM to gain a stone mining lease.

Subsequently, after securing the fact-sheet from the CS Sukhdev Singh, ECI had directed him to file his reply to its notice dated May 20. Instead of replying, Sri Hemant Soren has sought time on grounds of “ mother’s health.”

Now, after a meeting headed by its President Shibu Soren was held in Ranchi, the JMM General Secretary Vinod Kumar Pandey’s above letter seeking JMM’s intervention in the matter(Reference Case No 3 (G) of 2022 of Bharatiya Janata Party vs Sri Hemant Soren Before the Election Commission of India”.

to Governor Ramesh Bais was circulated among media persons.

In this two-page letter( a copy attached here for the perusal of viewers), Pandey has appealed to Governor Ramesh Bais to quickly forward it to ECI “urgently” as the matter is fixed by it for hearing on May 31.

In effect, by successfully getting forwarded this JMM’s GS letter to Jharkhand Governor, and not replying to the charge that he had allegedly misused his authority as the CM to gain a land mining lease in his own name, the CM Hemant Soren seems to have tried to use his party to defend himself in this stone mining lease case before the ECI.

How far he will succeed, remains to be seen in the time to come. 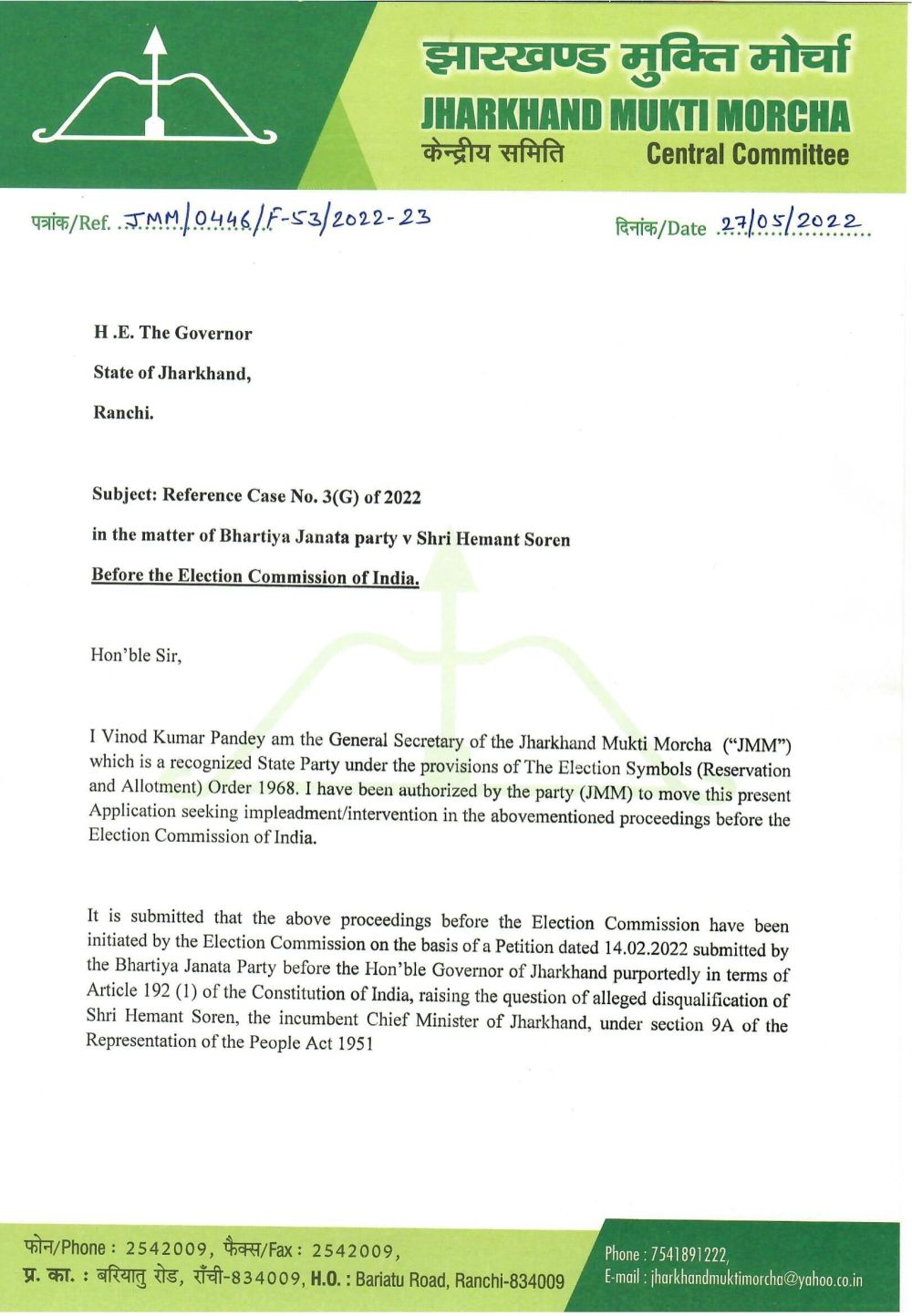 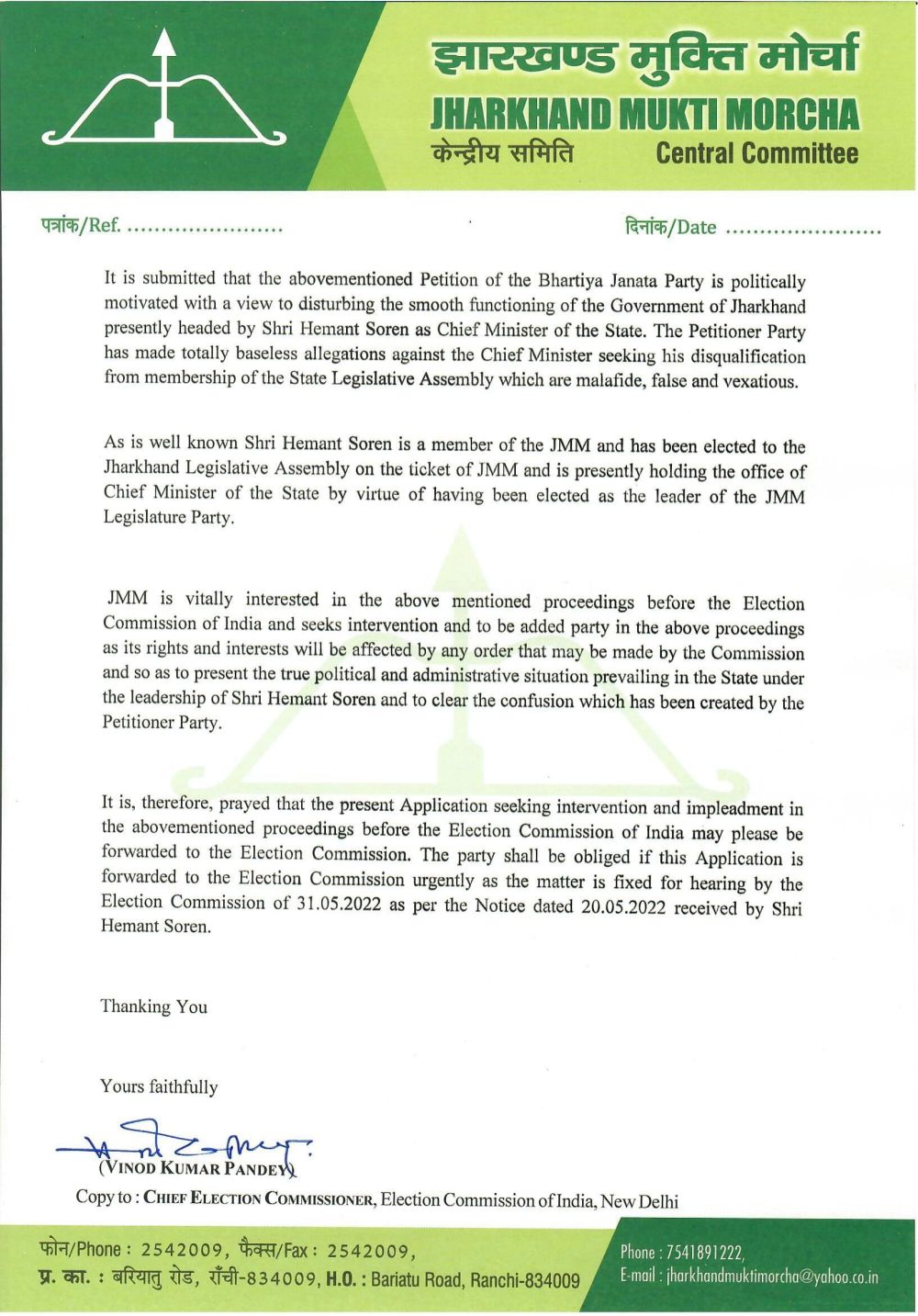