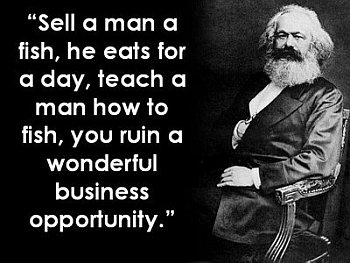 Many parts of the world celebrated 195th birth anniversary of Karl Marx.

Even the Maoists belonging to the CPI(Maoist) are reported to have reportedly saluted him somewhere in the interiors of Jharkhand-Orissa border on Sunday.

As a student of Law at Bonne and Berlin,he was an extraordinary student.He did his doctoral thesis –Economic and Philosophical Manuscript- at the age of 23.In early life, he was highly impressed with philosophers like Democritus, Epicurus , Hegel ,and so on.

Marx became a journalist and quickly launched himself as a diehard radical that had posed problems for him and that led him to Paris where he met and befriended his companion,fund provider and editor-Frederich Engels.

Marx participated in the German Revolution of 1848 and post its failure,moved to London where he lived till his death in 1883.

A COMMUNIST MANIFESTO and DAS CAPITAL are his magnum morpus.If these works ignited the minds,they divided the society,led to massive blood shed and paved the way for the formation of the Communist Regimes in nearly 20 countries.

Today,his thoughts remain alive as hundreds and thousands of his followers,including those who had not read him or understood what he had actually written,continue to believe in his prophecy that a day will come when capitalism will end and communism will be dominant way a life of the people in the world.

To mark the event,a follower of Marx Mritunjay Jha,4F,Adarsh Nagar,Samastipur,Bihar,INDIA,Pin Code : 848101;cell no-( 91) 9334411390,has come up with ten quotable quotes of Marx who once said- ‘ONE THING IS CERTAIN THAT I AM NOT A MARXIST!’-in www.orble.com.

Sample these quotes given by Marx.

(1.) “Reason has always existed, but not always in a reasonable form.”

(2.) ”While the miser is merely a capitalist gone mad, the capitalist is a rational miser.”

(3.) ”Necessity is blind until it becomes conscious. Freedom is the consciousness of necessity.”

(4.) ”The only antidote to mental suffering is physical pain.”

(5.) ”History repeats itself, first as tragedy, second as farce.”

(7.) ”The road to Hell is paved with good intentions.”

(10.) ”The theory of the Communists may be summed up in the single sentence : Abolition of private property.”