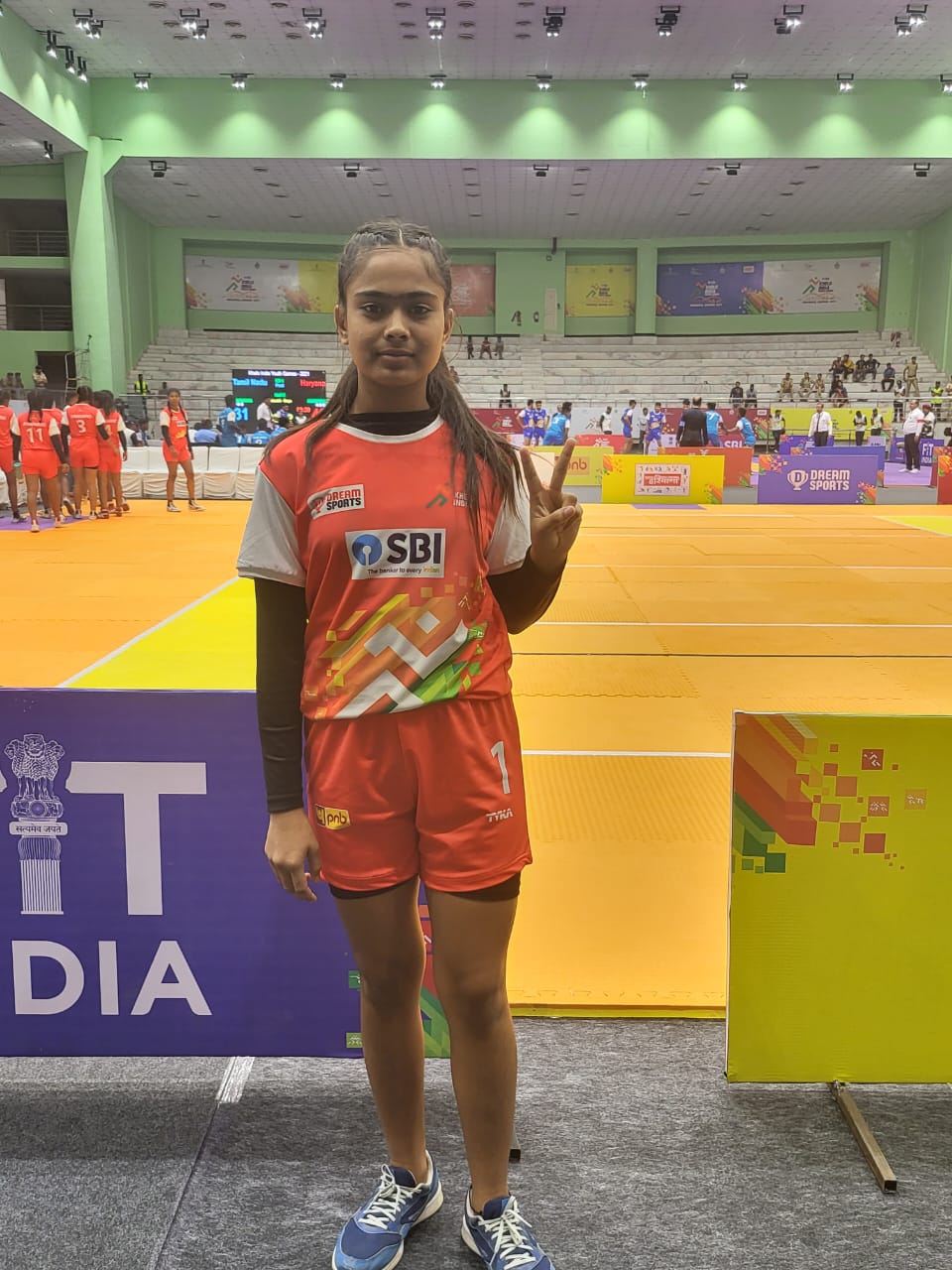 Jharkhand’s Eitu Mandal had entered the record books even before making her first raid in the Khelo India Youth Games on Saturday.

At 13, the baby-faced kabaddi player is the youngest Kabaddi entrant in this edition of the Games.

Daughter of a tractor driver, Eitu Mandal fell in love with kabaddi when she was just eight years old. Undeterred by all the bulky women around her, she has quickly moved up the levels to become part of the Under-18 Youth team.

“My parents were worried for me. But I have never been scared,” she told, shortly after her team’s first match against Maharashtra.
Eitu Mandal’s ‘record’ might not last long though. Her sister, five years younger than her, has also taken a liking to kabaddi and is already turning into a fine player.

“I am the eldest in the family,” the resident of Madhuban village in Dumka district in Jharkhand, said. “But my parents have given me a free hand. They didn’t put any pressure on me to take up the responsibilities of the family,” she added.

Eitu might still have a long way to go in the sport but she already knows what she will do once she hangs up her boots.

“I want to be a coach. As soon as I learn enough about the sport, I will start coaching. I want to work with youngsters, help them fall in love with kabaddi.”

In recent years, kabaddi has emerged as the next big sport in the country. It has not only given a great platform to youngsters in rural India but has turned many into mega stars. Some of them have overnight become super rich too.

In 2016, a professional kabaddi league for women has also been launched, drawing young girls by the horde to the sport.