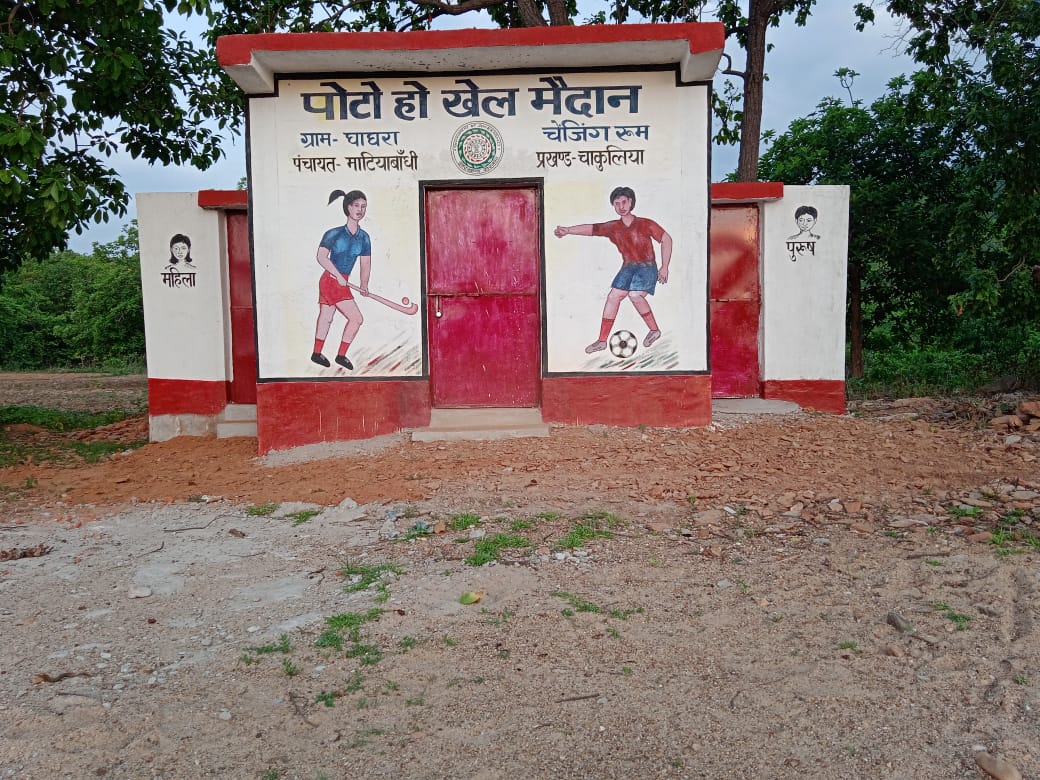 The results of the Shaheed Poto Ho Yojana, initiated for migrant labourers by the state government are visible at ground zero, according to a statement by the state Public Relation Department.

The yojna aimed to counter the economic effects of COVID-19 through employment generation across all the villages of the state. Under the scheme, a target of the construction of a total of 3329 Poto Ho sports grounds was set.

The construction work for 191 sports grounds in West Singhbhum, 63 in East Singhbhum and 60 in Hazaribagh has been completed. The government has made a provision of about Rs 280200.00 from MNREGA for the effective completion of the scheme.

In this way, the objective of Shaheed Poto Ho Khel Grounds under MNREGA is to provide sports ground facilities in every Panchayat as well as to generate employment opportunities for the villagers.

The scheme does not only provide good playgrounds, toilets and changing rooms to the local villagers, but has also benefited the migrant workers at the time of COVID-19 when there was a dearth of employment opportunities. In such a situation, the workers got work in their own area which served as a means of income to them.

Implementation of the Plan*

The selection of the scheme is done in the light of the recommendation made by the Gram Sabha, post the approval from the Block office with the implementation of the scheme being carried out by the local MGNREGA workers.

With the unprecedented contribution and special interests of the rural/communities, the government is continuously striving towards the completion of the scheme within the stipulated time period. The villagers are beaming with happiness upon receiving the benefits of the scheme - playgrounds as well employment opportunities for a better life.