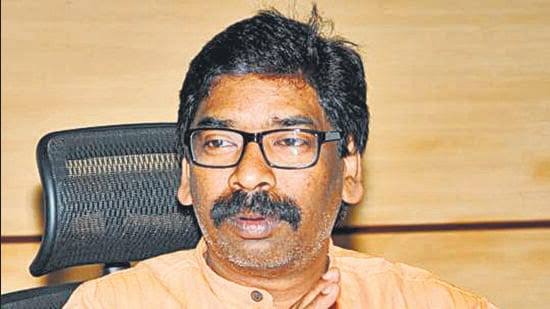 Jharkhand government led by CM Hemant Soren has recommended a proposal seeking CID inquiry into the “ Momentum Jharkhand” project planned and implemented by his predecessor BJP leader and the then Chief Minister Raghubar Das.

Soren government has alleged that the Momentum Jharkhand project had siphoned off crores of rupees under the umbrella of inviting investors.The project was implanted by the then BJP government led by CM Raghubar Das in 2017.

The aim of the project was to invite domestic and foreign investors in Jharkhand.Toward that end, Das and his team of senior IAS officers headed by the then Chief Secretary Rajbala Verma had campaigned in metropolitan cities including Mumbai and went abroad- UK, Germany, Canada and the United State- to invite companies to invest in Jharkhand.

The logo was a flying elephant.

In response to the RTI application, the initial budget of the project was Rs 8.5 crore. This amount was increased to nearly Rs 100 crore. The allegation is that the then CM Raghubar Das had travelled with his son and suspended IAS officer Pooja Singhal.