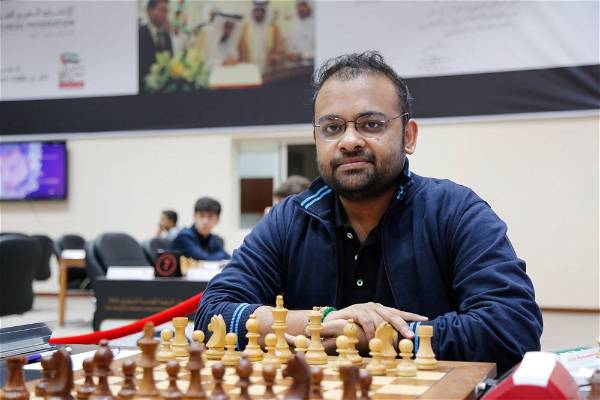 India will field three teams in the Open section after getting a last-minute entry to register their highest-ever participation at the 44th Chess Olympiad scheduled to be held at Mahabalipuram from July 28 to August 10.

Each country can field only one team of five players (4 playing in every round) but as a host, India is entitled to field minimum of two Teams and a maximum of three teams in each category if the total participating number of countries is odd in number.

The Women section has attracted 162 entries, the highest ever and India will be fielding two teams in this section for the first time too.

A record breaking 187 teams, the highest-ever for any Chess Olympiad, has registered for the showdown in India and in order to even out the number of entries, as per norm, FIDE approved a third team from the host country.

Ganguly, a six-time National Champion, was Vishwanathan Anand’s second in four World Championships and has represented India in six Chess Olympiads so far.  Sethuraman is also a former National Champion and was a part of the bronze medal-winning Indian team at the Tromso Olympiad in 2014.

Ganguly summed up the squad’s sentiment, saying: “Nothing could be more exciting or thrilling than to be playing in an Olympiad again after a long time and first time in your own country. And personally too, this Olympiad is going to be a very special one as I am a father now and it is a super happy feeling to be very honest.”

Gupta has also won an individual silver medal at the Istanbul Olympiad in 2012. The 23-year-old KMurali won the National title twice and will be making his debut for India at the Olympiad along with 22-year-old Puranik.

“This is the best gift India could have ever got. Difficult to imagine even in the wildest dreams that 25 Indians would be competing together in an Olympiad. As organizers of the Olympiad and officials of the All-India Chess Federation (AICF), this is the proudest moment for all of us,” said Secretary AICF and the Olympiad Director Bharat Singh Chauhan.