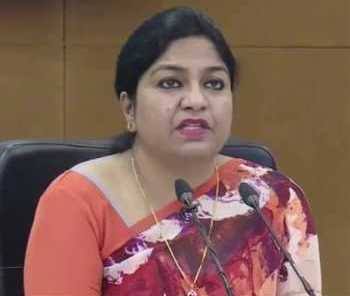 With the Enforcement Directorate filing a charge sheet against her at the court in Ranchi on Tuesday, suspended IAS officer Pooja Singhal, who has been in Ranchi central jail for over one and a half months, has hard days ahead.

She who has adapted to life behind the high walls with fellow women prisoners has filed a petition seeking bail on health grounds.

Now, since the ED has filed the charge sheet in a money laundering case connected with Rs 19 crore MNREGA scam just 52 days after her arrest, eight days before the required 60 days as per the law, she may not get the bail.

As per the charge sheet, Pooja Singhal and her husband are among the seven accused. The ED has submitted the charge sheet with documents, each carrying evidence, showing five engineers were involved in the scam.

Notably, the ED had raided the premises of Pooja Singhal’s husband Abhisheikh Jha and his Charted Accountant Suman Kumar on May 6. The ED sleuths had recovered more than Rs 19 crore case. Pooja Singhal was arrested on May 11.

The charge sheet states that Pooja Singhal, IAS, was Deputy Commissioner, Khunti district in Jharkhand during 2008-9 when several projects for construction of a community center, treasury office, Anganwadi Kendra, stadium and hospital were approved under MNREGA.

The Chargesheet alleged that the fund meant for these MNREGA projects was transferred to the bank accounts of these engineers. The sanctioned MNREGA fund was withdrawn by these engineers. But no work was done at ground zero.

Pooja Singhal’s successor Deputy Commissioner filed 18 FIRs against three engineers. But she “managed” to remain free of any charge. The charge sheet alleged that Pooja Singhal who received large amounts from the gobbled up Rs 19 crore MNREGA fund and invested it in different fake companies.

The ED sleuths had brought a truck loaded with documents and files to the ED court on Tuesday.