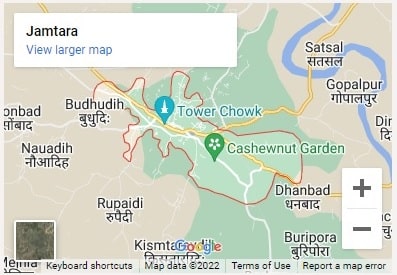 Jharkhand government led by CM Hemant Soren is under attack on a new issue - The Islamisation of schools in Jamtara.

The issue was exposed and highlighted by two Hindi news dailies - Dainik Jagran and Hindustan. Both these dailies have published reports stating that locals in Jamtara have imposed a new practice by breaking the government rules.

”Scores of schools don’t get closed on officially approved weekly off day Sunday but on Friday( the day of Jumma which means that Muslims offer weekly prayers on Friday noon which is considered sacred to their religion and considered a holy day, according to Islamic beliefs).

As per the Hindustan report, “some Muslim youths had begun introducing change in the day of weekly holiday from Sunday to Friday in 2-3 schools. Later, this practice was followed in more than 100 schools”, claims the report.

The method adopted to bring about change in weekly holiday from Sunday to Friday was simple, according to these reports.” The youths put pressure on school management that since Muslims were in majority in the location where the school was located, most students were from the same community and as such classes will be held on Sunday and weekly holiday will be on Friday.”

All these schools were run by the state government. The Hindustan report further states:” What is surprising is the name of the school was written in Urdu, though Urdu was not taught. Neither there is an Urdu teacher. These facts were not known to officers.”

Though none of the Soren government has commented on this news going viral on social media, the Opposition leader of the BJP Babulal Marandi has attacked it. He Tweeted saying this in Hindi: “ Sri Mukhya Mantri ji, which side you want to take Jharkhand to? Not only take action against opposing forces but initiate strong action against their apparent un-constitutional design to splinter poison in the society”.