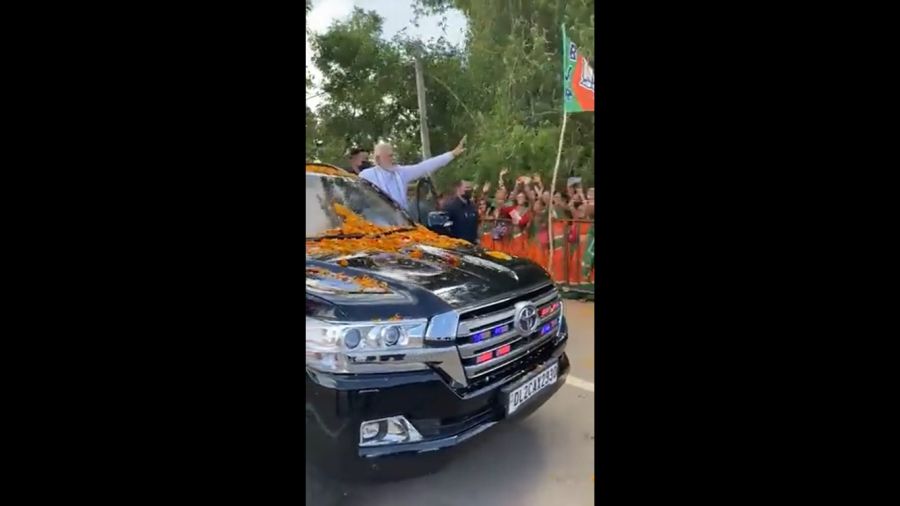 PM Modi has launched development initiatives worth Rs.16,800 Cr.in Jharkhand’s Deogarh, including AIIMS and Airport there.

PM Modi held a big roadshow after landing and inaugurating the projects in Deogarh on Tuesday afternoon during which a huge crowd gathered to greet him.

The people were lined up and cheered him when he arrived at the venue of the public meeting inside the newly built Deoghar Airport premise.

Across Deoghar, men, women, and children were spotted lighting up Diyas along the roadside last evening. His visit takes place two days before a month-long Sharvani Mela begins on July 15.

In Deoghar, many Shiv devotees consider PM Modi as a “ messenger” of the God Shiva. “ Modiji Shiv Bhagwan ke dwara bheje gayen hain desh ki raksha or vikas ke liye”( Modiji is sent by the Bhagwan Shiv for security and development of the country), said Ananya Singh, a school teacher, echoing the sentiments of 13 persons interviewed by this reporter in Deoghar on Monday.

On Tuesday, when Modi landed at the airport, the crowd screamed “ Modi Modi”.

The outcome of his visit is this.PM Narendra Modi today launched development initiatives- projects worth more than Rs.16,800 Cr in Deoghar including the opening of the first AIIMS hospital and Airport in Deogarh, Babadham, known as the 12th dham of the Hindus in India.