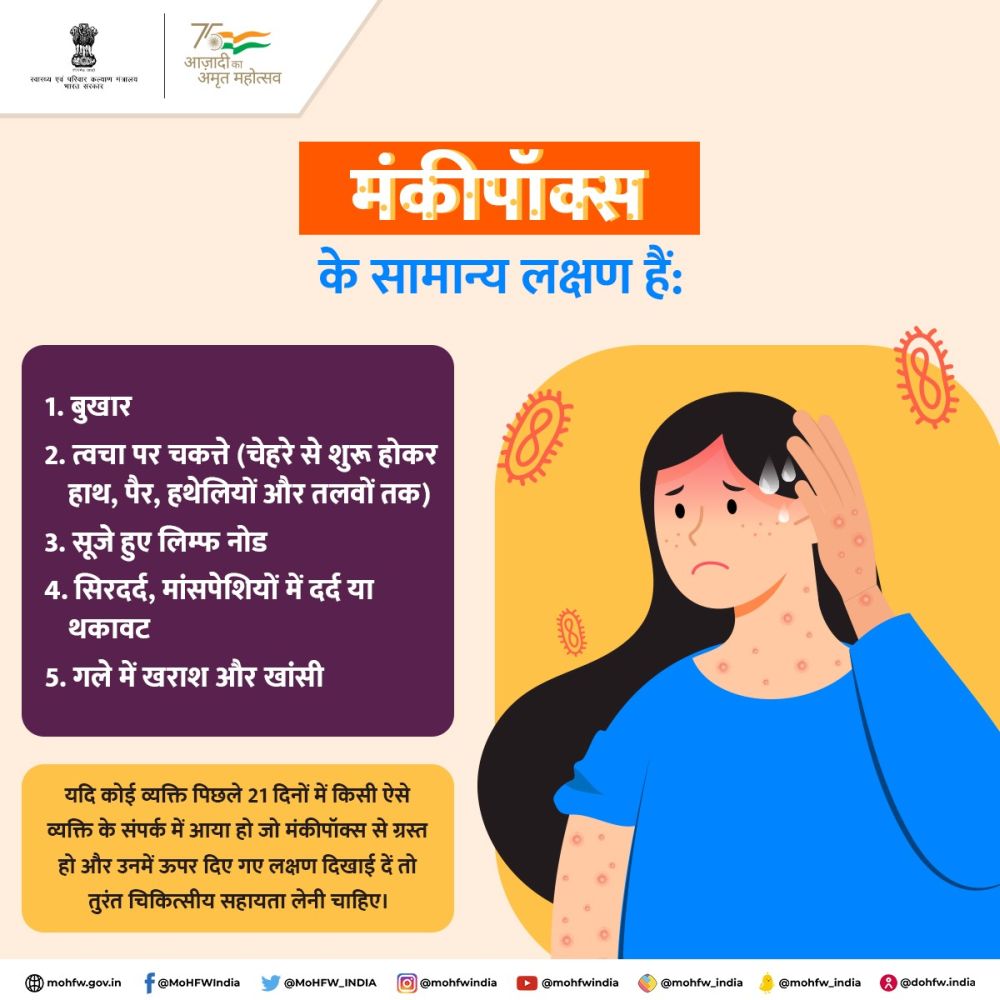 The number of monkeypox cases has been increasing steadily across the globe.So far there is no case of this viral disease reported from any place other than Kerala where a 35-year-old man, returning from the Middle East had showed symptoms.

In cognizance of the above, the Union Health Ministry has asked the state governments to identify hospitals, skilled human resources and arrange other required logistics to manage monkeypox cases, if and when required in any state.

Today, the Ministry has issued pamphlets, each describing symptoms of this fast spreading monkey pox disease. JharkhandStateNews is publishing it in public interest.( Read the pamphlets).

Earlier,as per WHO, around 9,200 Monkeypox cases were reported in 63 countries so far. Here's all you need to know about monkeypox:

According to the WHO factsheet, monkeypox is a rare viral zoonotic (a virus transmitted to humans from animals) disease, with symptoms similar to those seen in the past in smallpox patients, but is clinically less severe.

Symptoms include fever, headache, swelling of lymph nodes, back pain, and muscle aches. According to the WHO, swelling of the lymph nodes is a distinctive feature of monkeypox as opposed to other poxes.

The disease is a self-limited one with symptoms lasting two-four weeks, with children more susceptible to severe cases. Complications from the disease can include bronchopneumonia, sepsis, encephalitis, and infection of the cornea.

The incubation period of monkeypox is usually from six to 13 days but can also range from five to 21 days.

The disease has a fatality rate of 0-11 per cent in the general population.

There are a number of measures that can be taken to prevent its infection. Most important one is to avoid contact with animals that could be carrying the virus—including the animals that are sick or that have been found dead in areas where monkeypox occurs.

Infected patients must be isolated from others who could be at risk for infection.

After coming in contact with infected animals or humans, people must practice good hand hygiene. For example, washing your hands with soap and water, or using an alcohol-based hand sanitiser.

When caring for patients, caregivers must use personal protective equipment. 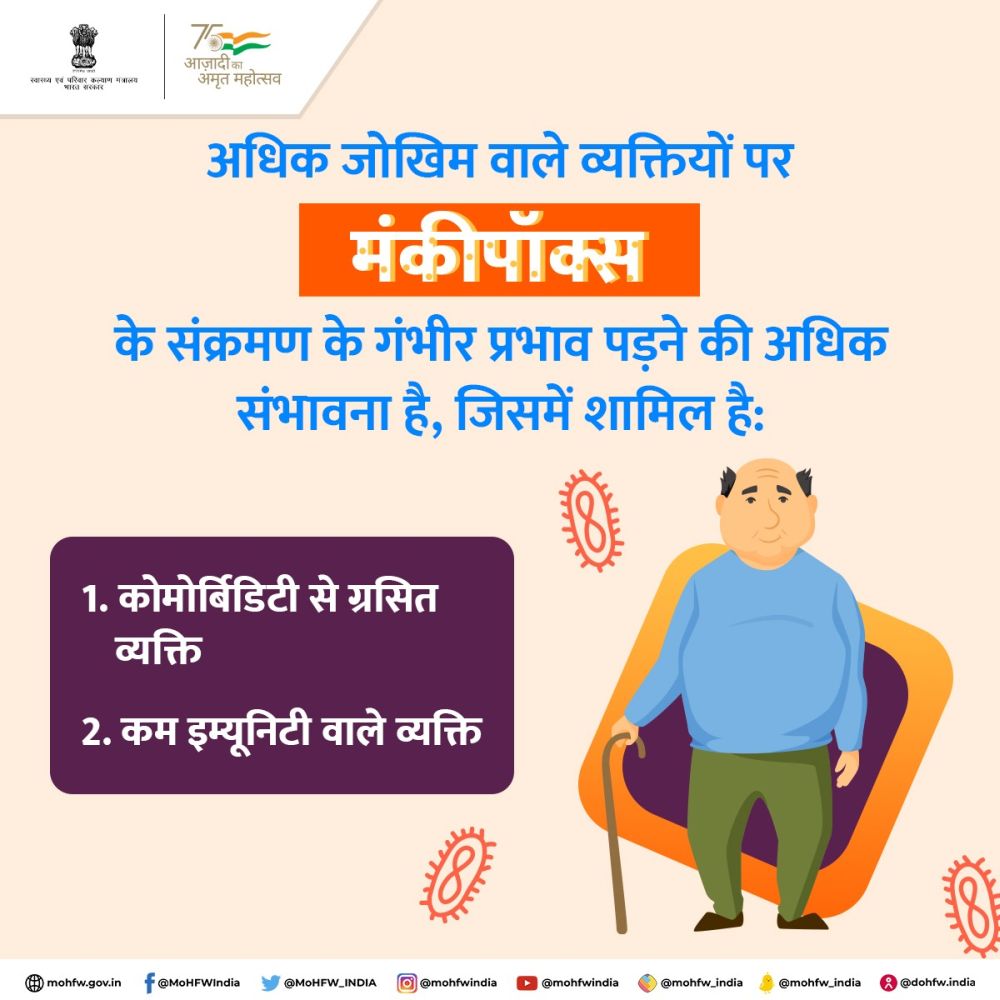 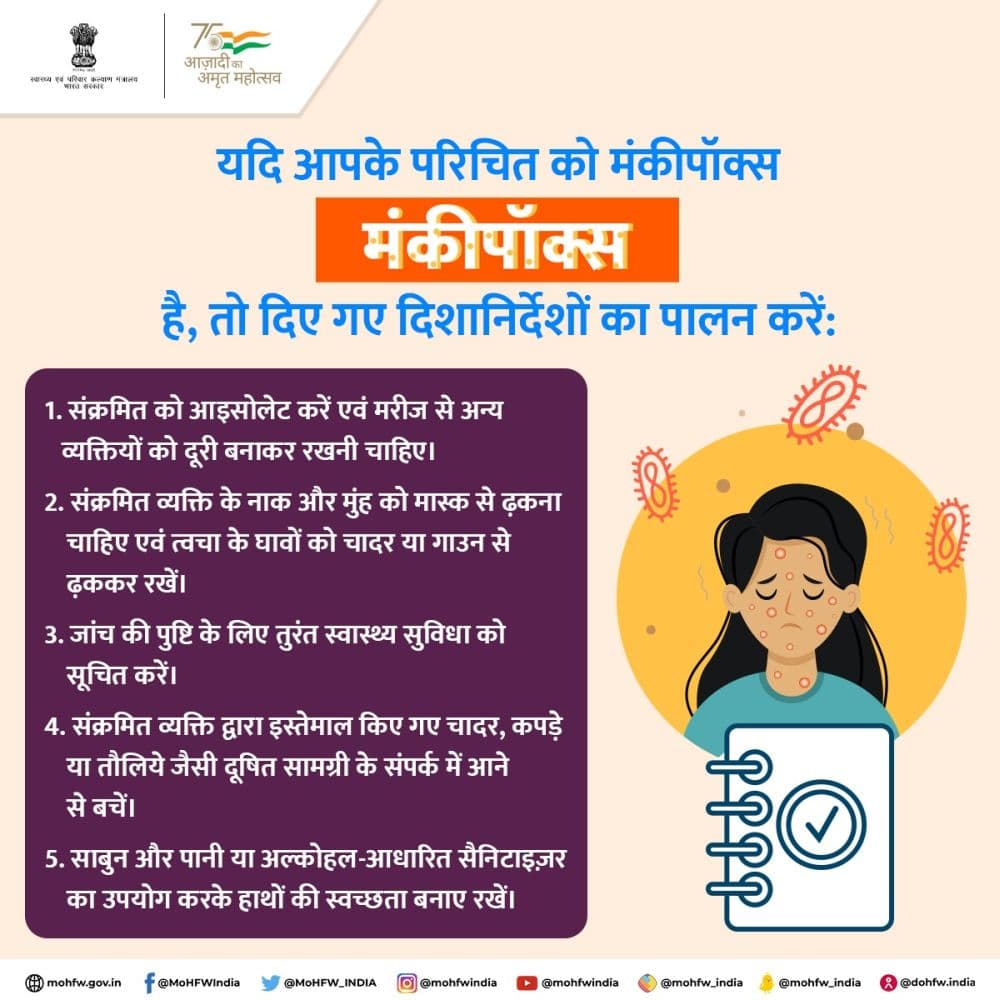 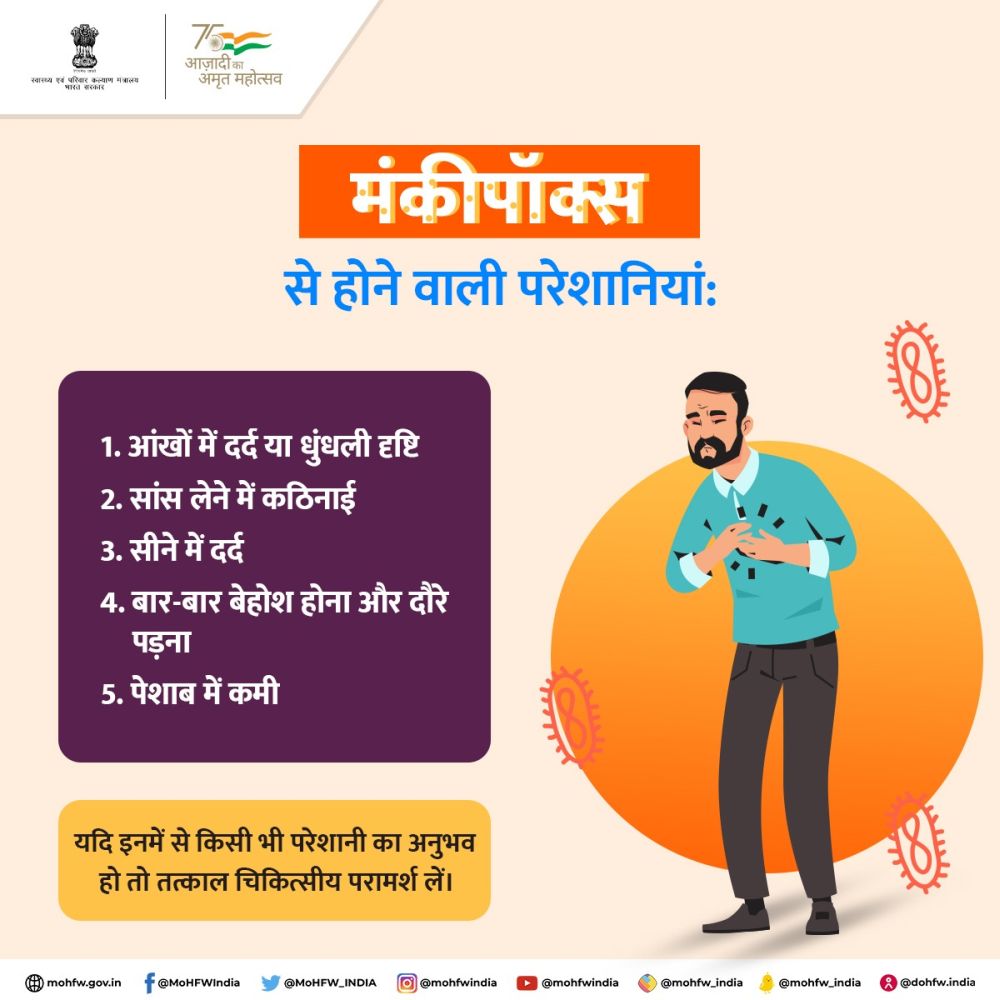