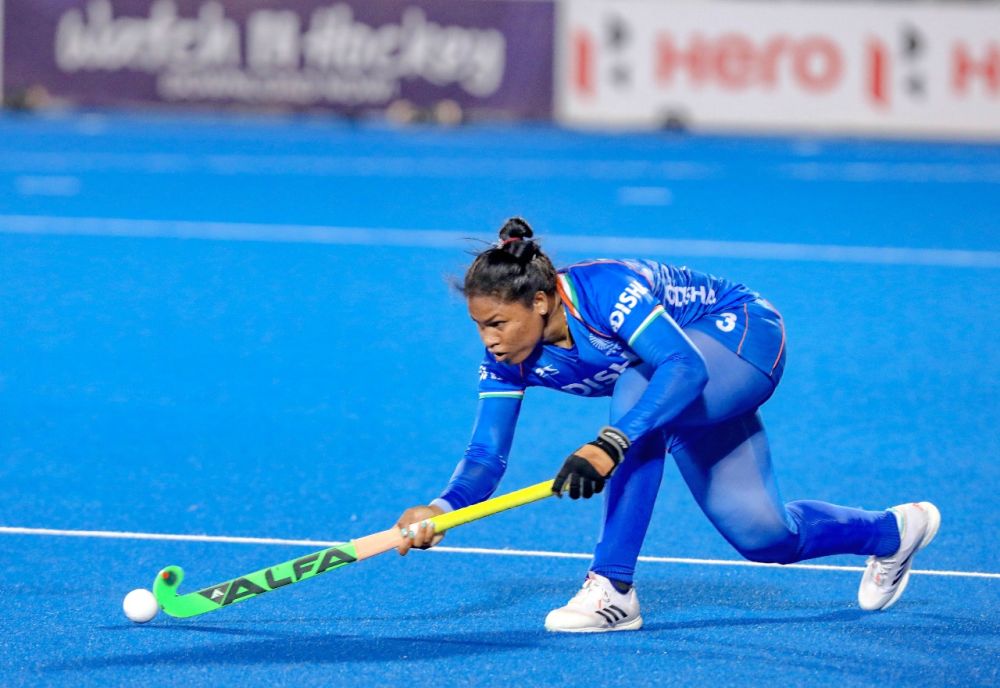 India, ranked 9th, starts overwhelmingly favorite as they take on lowly Ghana in their opening Pool A match of the Women's Hockey competition in the Commonwealth Games in Birmingham today on 29 July.

The only other time India has faced Ghana was in the Women's World League Round 2 back in 2014-15 in which they had trounced Ghana 13-0.

Talking to Hockey India in Birmingham on the eve of the match Captain and ace goalkeeper Savita said  “The whole squad is eagerly waiting to kickstart our campaign as we want to make this Commonwealth Games special.

'We were disappointed with our performance in the last edition of the tournament, but this time around we will definitely look to do better."

India had finished fourth in the 2018 edition of the Commonwealth Games; “We are confident about our chances to clinch a Medal and a resounding win against Ghana will provide the perfect start to our campaign.” the captain said.

Vice-Captain Deep Grace Ekka opined, “Our preparations have been fantastic for the game against Ghana, our flawless record against them will serve as a great confidence booster for the squad ahead of the match. " We will look to outplay Ghana from the first whistle to make sure we can beat them as convincingly as we did last time.”

Deep Grace Ekka also talked about their game plan  “We will look to move the ball quickly so that we can penetrate the Ghanian defence. For the last couple of years, we have been playing an aggressive style and we would look to continue in the same fashion.”

“Our squad has some amazing young players, and I am always looking to help them out. I always advise them to play a simple game so that they avoid unnecessary pressure, as it was the best advice I got as a young player and I think this will be crucial for us at the Commonwealth Games,”  she added