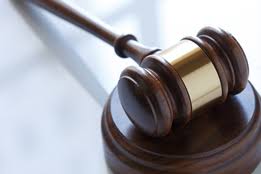 A special CBI court in Jharkhand today sentenced an autorickshaw driver and another person to rigorous life imprisonment till death in the murder of Dhanbad judge Uttam Yadav.

On July 28,just a year after Anand was knocked down during a morning jog, the court had found them guilty in the murder case.

The trial in the murder case had begun in February. The court had registered statements of 58 witnesses during the course of hearing. CCTV camera footage showed that the judge was jogging on one side of a fairly wide road at Randhir Verma Chowk in Dhanbad when the three-wheeler veered towards him, hit him from behind and fled the scene.

An SIT was initially formed to probe the matter, but the Jharkhand government later handed over the case to the Central Bureau of Investigation (CBI).