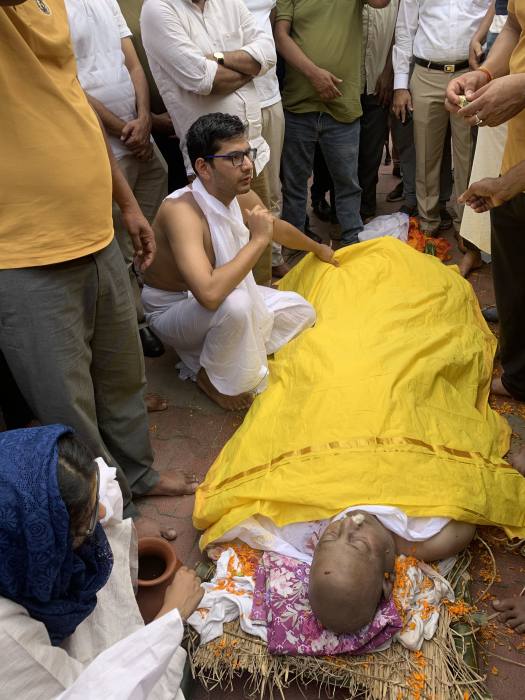 Amitabh Choudhary was bid a tearful adieu in the presence of his family members and several dignitaries.

A dashing Indian Police Service officer turned cricket administrator Amitabh Choudhary was on Wednesday cremated with full state honours at Harmu ghat in Ranchi, marking the end of an era in which his pioneering accomplishments such as founding the Jharkhand State Cricket Association and its International Cricket stadium in the state capital of Jharkhand  had galvanised cricket in this state and country at large.

His son and Supreme Court lawyer Abhisheikh Choudhary lit the funeral pyre. A police contingent reversed arms and sounded the last post in the honour of Amitabh Choudhary. He was also given three rounds of a gun salute.