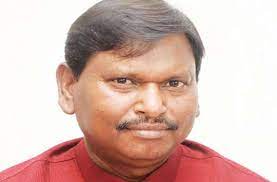 The recovery of two AK-47s and cartridges from the almirah inside the house of an accused Prem Prakash in Ranchi has raised many eyebrows, said Union Tribal Welfare Minister Arjun Munda today.

In response to a question raised by media persons on reports that these AK-47 rifles belonged to the Jharkhand policemen  personnel deployed as ‘body guards’, Sri Munda said, ‘it’s a serious issue.’

Sri Munda counter questioned, saying,’ when, how, and for whom these AK-47s were given to bodyguards of the Jharkhand police. He demanded an inquiry into this case by a central agency.