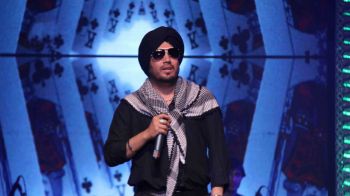 Football players undergoing training under the Sports Authority of India’s international coach Sushil Kumar Verma were faced with a harsh reality.Instead of playing inside the ground of the Birsa Munda Football stadium in Ranchi,they were compelled to do so on flat earth outside it.Reason?

Idea Rocks India,a private body,has booked the stadium ground for holding music concert led by rockstar Mika Singh on Thursday evening.The ostensible aim behind it was to hunt for talents.

But,as per the MoU signed between the SAI,Ranchi and the Jharkhand state sports department,the stadium ground is supposed to be managed by SAI exclusively for the sports purposes.But the department had allowed the Idea Rocks India to organize the Mika’s concert.

The department has not even cared to take SAI into confidence on providing the ground for musical concert.”This is illegal.We are terribly affected”,said a football player.

Inside the ground with green turf,a stage made of iron poles and platforms were raised leaving many iron nails littered around the surface.”After the concert will be over,it will take weeks to clean the ground and make it free from the nails”,said another player.

When contacted Verma said:”We feel sorry for these players.We were not consulted by the department.”