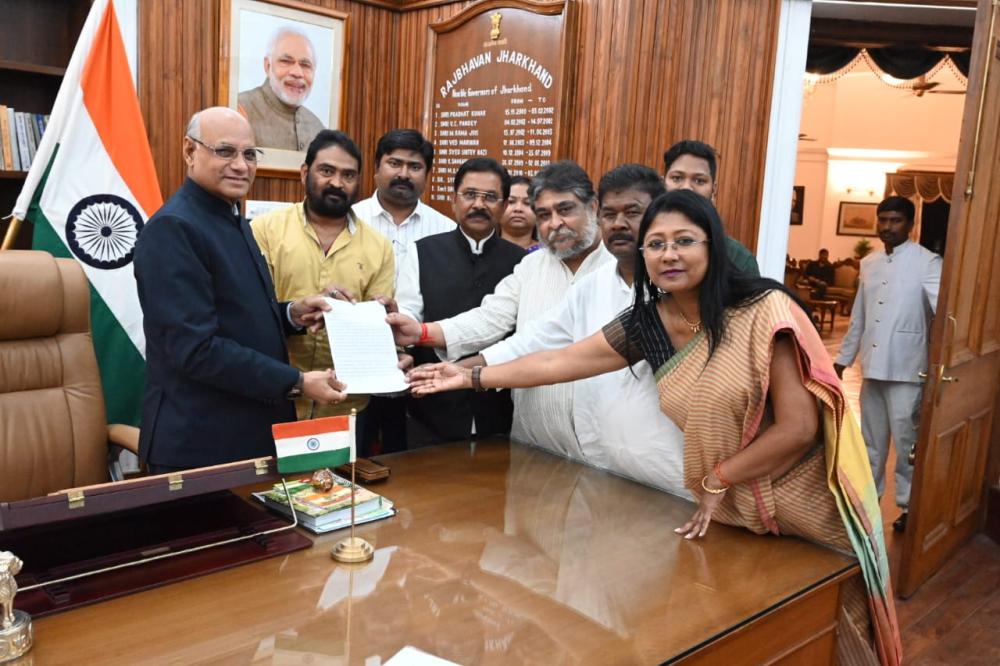 Leaders of Jharkhand's ruling JMM-Congress coalition met Governor Ramesh Bais and handed over a letter requesting him to make public the Election Commission’s sealed letter connected with CM Hemant Soren‘s office of profit case and your response to it.

The letter handed over to Governor Ramesh Bais was signed by 34 MLAs of the JMM and its allies. In their letter, these lawmakers have expressed the view that it is necessary to end “uncertainty” floating in the political circle of the state. Their argument and demand is connected with a prime question: whether the CM Hemant Soren is going to face disqualification as an MLA following a BJP complaint about an Office of Profit case or not.

Since it remains a mystery, these ruling lawmakers have strongly raised a demand seeking to make public the stand of the EC and Governor of Jharkhand.

Truth is the Hemant Soren government in Jharkhand is in flux since the Election Commission reportedly recommended the disqualification of the Chief Minister to the Governor who has preferred to remain mum on this for over a week.

The letter circulated by the JMM media cell was submitted to Governor today is enclosed here for viewers.