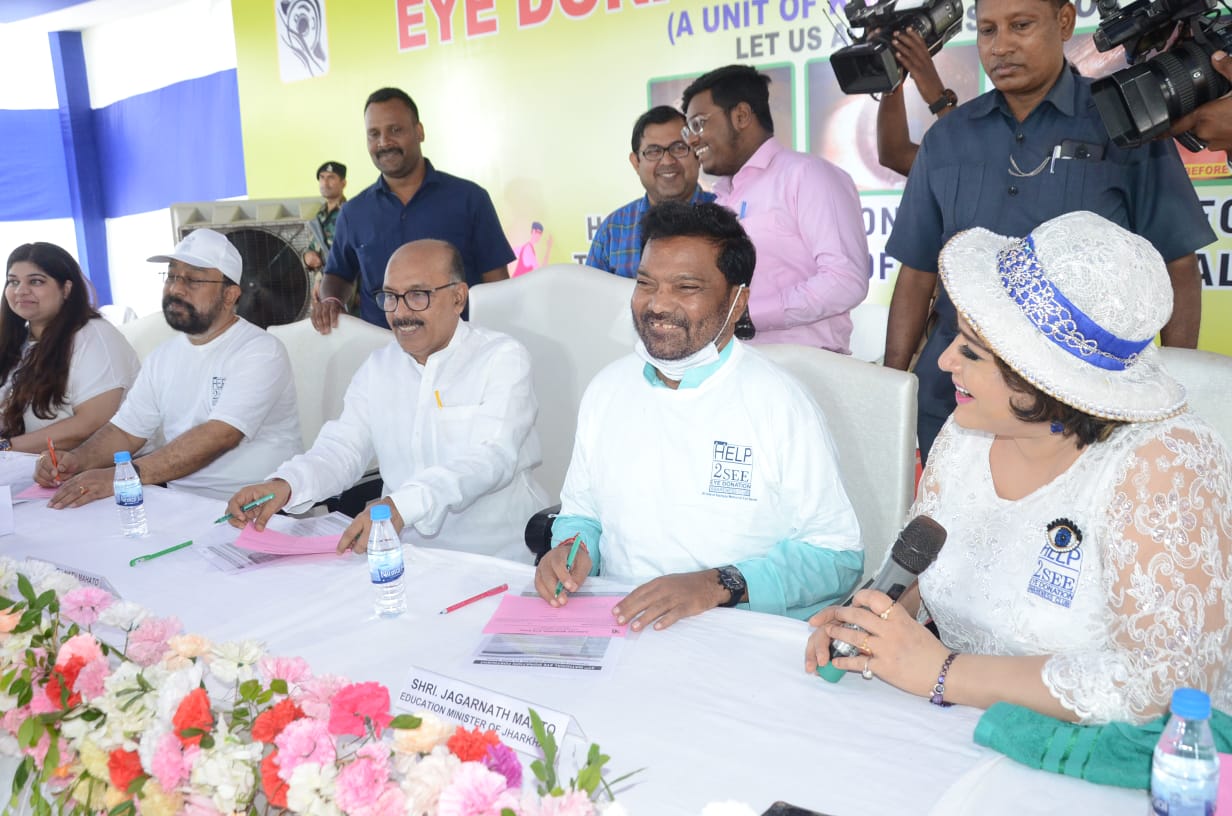 It is credited to have the first Eye Bank in unified Bihar. Later in Jharkhand. It has received over 10,000 eye donation pledges from men and women from all walks of life.The donors were top functionaries in India today including the President Draupadi Murmu.

Not the least, apparently,inspired by the Eye Donation Awareness Campaign of the Kashyap Memorial Eye Bank,three ex CMs of Jharkhand Babulal Marandi,Arjun Munda and Shibu Soren are on record having pledged their eyes to it in 2002, 2003 and 2005 respectively.

Another achievement of Kashyap Memorial Eye Bank is it had has received its first posthumous eye donation and conducted the first of its kind free cornea transplant in the then unified Bihar and Jharkhand eighteen years ago in 1995.

Not the least,the only functional eye bank in Jharkhand to have successfully concluded 710 cornea transplants, so far, gifting vision to as many needy men and women belonging to all sections of society, especially deprived and indigenous tribal people.

Today,scores of students, youths,and  distinguished citizens from all walks of life, joined Kashyap Memorial Eye Bank’s Run for Vision, a campaign organised by it every year consecutively for 20 long years during the national eye donation month.

In all,15 families who had displayed exemplary courage by making posthumous eye donations of their deceased dear ones, were felicitated by Kashyap Memorial Eye Bank today in presence of several dignitaries including Jharkhand Assembly Speaker Rabindra Nath Mahato and Jharkhand State Education Minister Jagarnath Mahto.

Hundreds of school children, youths along with people from all walks of life participated  in the Run for Vision 2022, held at the Jharkhand Armed Police 1, Grounds in Doranda, Ranchi.

Another recorded feature of Run For Vision -2022 campaign was this.

*Fifteen (15) families. who displayed exemplary courage by overcoming grief and donating the eyes of their deceased near ones, were felicitated by Sri Ravindra Nath Mahto, Speaker, Jharkhand State assembly on the occasion.

Those felicitated included the family members of:

The memorable programme ended with the thank giving speech before the esteemed guests. All of them appeared thankful to the Kashyap Memorial Eye Bank and its founders and functionaries- the Kashyap family- son Dr Bibhuti Kashyap,his wife, Dr Nidhie Gadkar,father Dr BP Kashyap and mother Bharti Kashyap.

The speech was delivered by young leader of Kashyap Memorial Eye Bank Dr.Bibhuti Kashyap. When he ended,reiterating that the “Eye Bank would continue its fight against preventable blindness in Jharkhand”,Dr Bibhuti Kashyap received standing ovation.