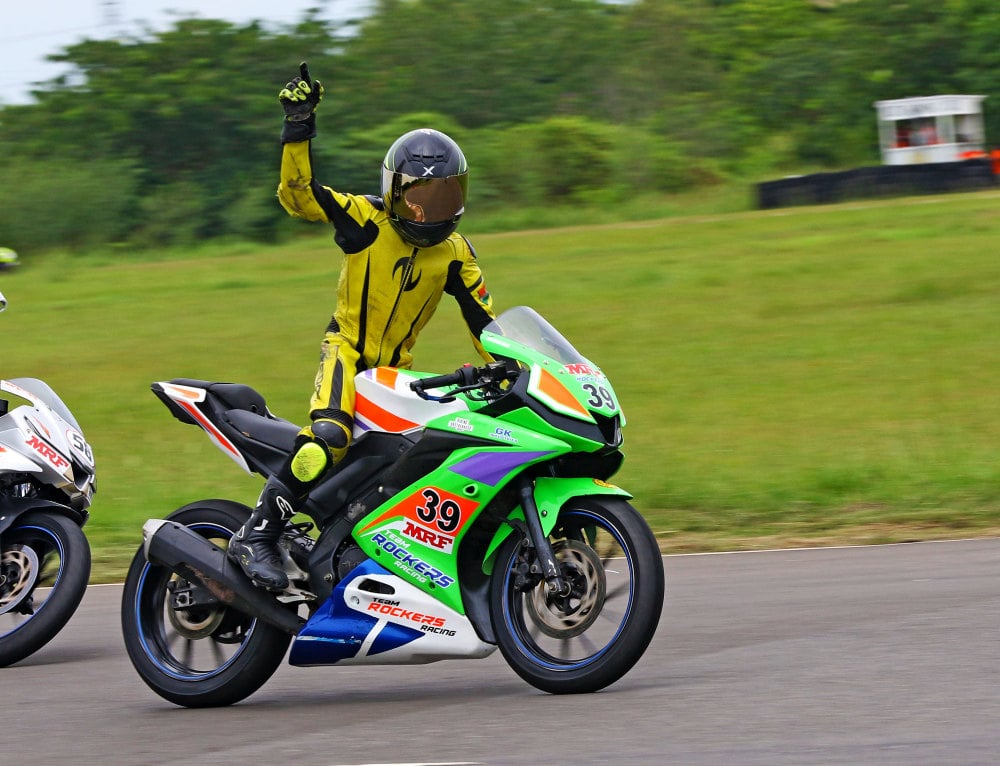 The race itself fell flat after Ahamed, starting from pole position, opened a sizable gap ahead of Ravikumar and Jagan Kumar, and Rajini Krishnan fading from the contest, and the rest of the pack unable to match the pace of the front-runners.

Later, in the Pro-Stock 165cc Open category race, Prabhu Arunagiri snatched a dramatic win, closely followed by Sethu and Mathana Kumar. The trio crossed the finish line almost locked together after championship leader Mathana Kumar conceded his track position in the last lap, running wide at Turn-11, to fall from first to third.

The race was reduced to five laps due to a delayed start with pole-sitter KY Ahamed (Petronas TVS Racing) starting from the pit-lane.

Earlier, 12-year old Shreyas, a sixth standard student of Kensri School in Bengaluru, started from P3 on the grid, but was in the lead even before Turn-1 and then hung on to notch his maiden win in the category. It was his first outing in the Novice class this season, having skipped the previous three rounds.

“I made some mistakes,” was all that Shreyas said after the win, referring to a marginally slower last lap that resulted in a tight finish while almost negating the comfortable lead he had enjoyed until then.