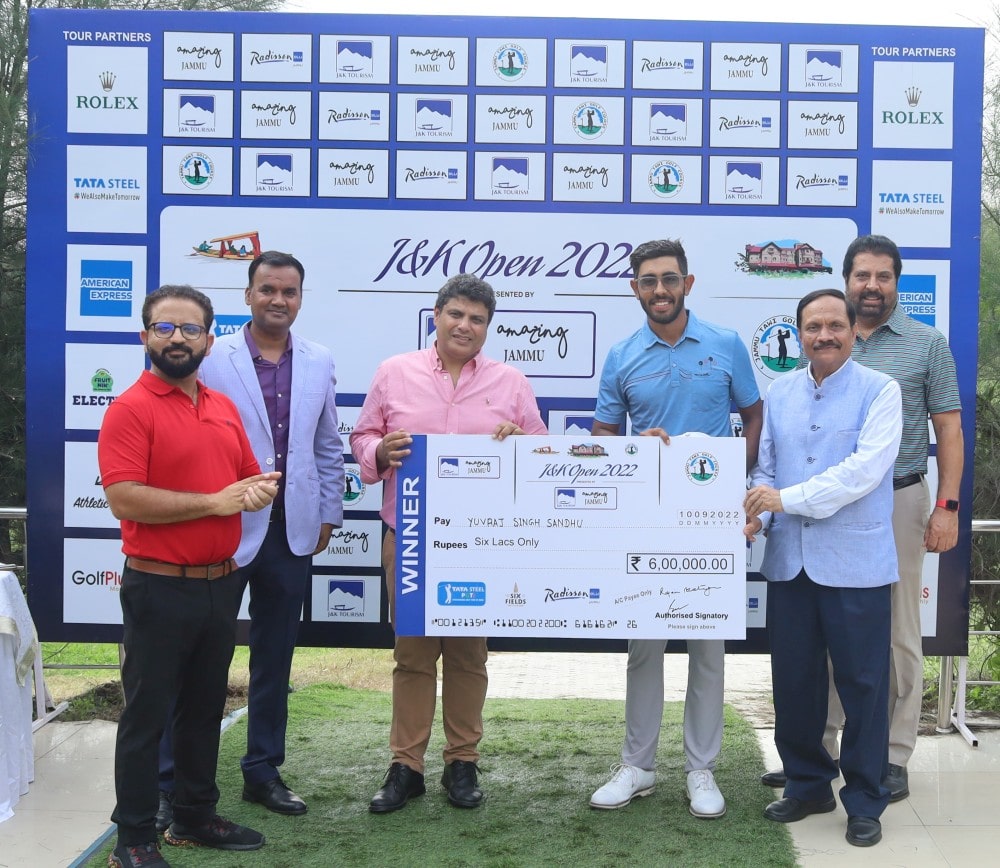 Yuvraj Sandhu (Chandigarh) carded a steady one-under 71 in the last round and with a total of total 13-under 275 won the J&K Open at the Jammu Tawi Golf Course here on Saturday.

Yuvraj (69-70-65-71), the overnight leader by four shots, chalked out a dominating seven-shot win to claim his fourth career win and third title this season. The victory fetched him the winner’s cheque worth Rs.Six lakhs,  and enabled him to consolidate his second position on the PGTI Order of Merit.

Among the prominent names, Rashid Khan was tied 21st at six-over 294, the 2021 champion Honey Baisoya was tied 25th at seven-over 295 and Olympian Udayan Mane was tied 28th at eight-over 296.

Sandhu, who had shot the tournament’s best score of 65 earlier in round three, continued his domination in round four to ease to a comfortable win at PGTI’s first ever event staged at the Jammu Tawi Golf Course (JTGC).

He hit two birdies and bogeys each on the first nine holes but still managed to stretch his lead to five shots as nearest rival Khalin Joshi was one-over at the turn.

Sandhu birdied both par-5s, first and eighth, on the front-nine. On the back-nine, he pushed ahead further sinking birdie putts from a range of six to nine feet on the 11th and 13th and saving a par with a great shot from 100 yards after incurring a penalty on the 12th.

He dropped a bogey on the 17th but cruised to the finish line with a mammoth seven-shot margin as the other nearest contender Khalin played one-over on the back-nine.

“I was a little nervous coming into this week because I had played well off late but not scored well at the Asian Development Tour (ADT) events in Indonesia. So I felt I just needed a little reassurance. Sandhu said

“The nine-feet birdie conversion on the 13th was the point when I thought I had the match in the bag. The highlight of the week for me was my good course management with my caddie Sonu contributing a lot to it. You have to be 100 per cent committed on this course and that’s what I did for most part of the week." he added