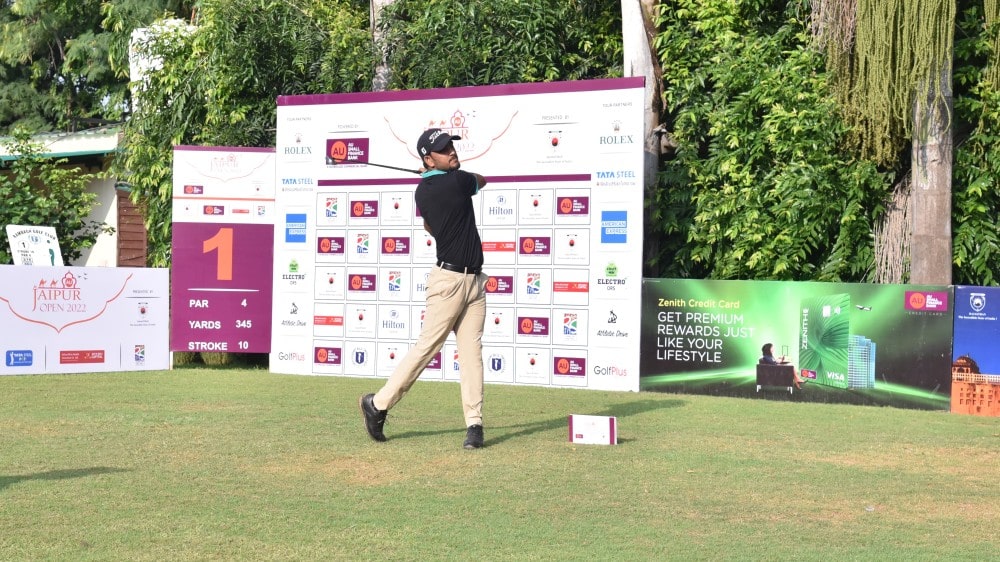 Chandigarh's Amrit Lal fired super seven-under 63 and with a total of 12-under 128 , emerged second round leader of Jaipur Open at the Rambagh Golf Club here on Thursday.

Amrit Lal's city mates Akshay Sharma (65) and first-round leader Abhijit Singh Chadha (69) were placed second and third at totals of 10-under 130 and nine-under 131 respectively at the Rs. 40 lakh event.

The cut was declared at even-par 140. Fifty-one players made the cut including fifty professionals and one amateur.

The best-placed among the Jaipur-based golfers was professional Girraj Singh Khadka (67) in tied 18th at four-under 136. Local amateur Manoviraj Shekhawat was the only amateur to make the cut as he ended round two in tied 37th at one-under 139.

Yuvraj Sandhu (Chandigarh), the winner on the PGTI last week, missed the cut as he totaled one-over 141 after 36 holes.

The 22-year-old Amrit Lal (65-63) shot the day’s best score to move up two spots to first position. Amrit, who was three off the lead in third position after day one, began his second round with a bogey on the 11th but came back with birdies on the 12th, 14th and 16th courtesy a couple of long putts and an eagle on the 17th where he chipped-in.

Amrit, currently 63rd on the PGTI Order of Merit, dropped a shot on the 18th but continued the good work on the front-nine making five birdies including three from eight to 10 feet and a lone bogey.

“I had a few good starts at PGTI events earlier in the year but didn’t finish well at those events. However, I gained some confidence from my performance in Jammu last week where I had a season-best 12th place finish. I didn’t look at the leaderboard today even when I was on a roll. I just focused on my game and wanted to keep going. I hit some great approach shots." he said

Akshay Sharma (65-65) moved up one spot to second position despite a poor start to the day as he bogeyed the third and fourth after missing up and downs from the bunker on both holes. A two-time winner on the PGTI, then rallied with five birdies between the eighth and the 17th landing it within three feet on most occasions. He signed off with an eagle conversion from 15 feet on the 18th to head into the third round as a major contender.