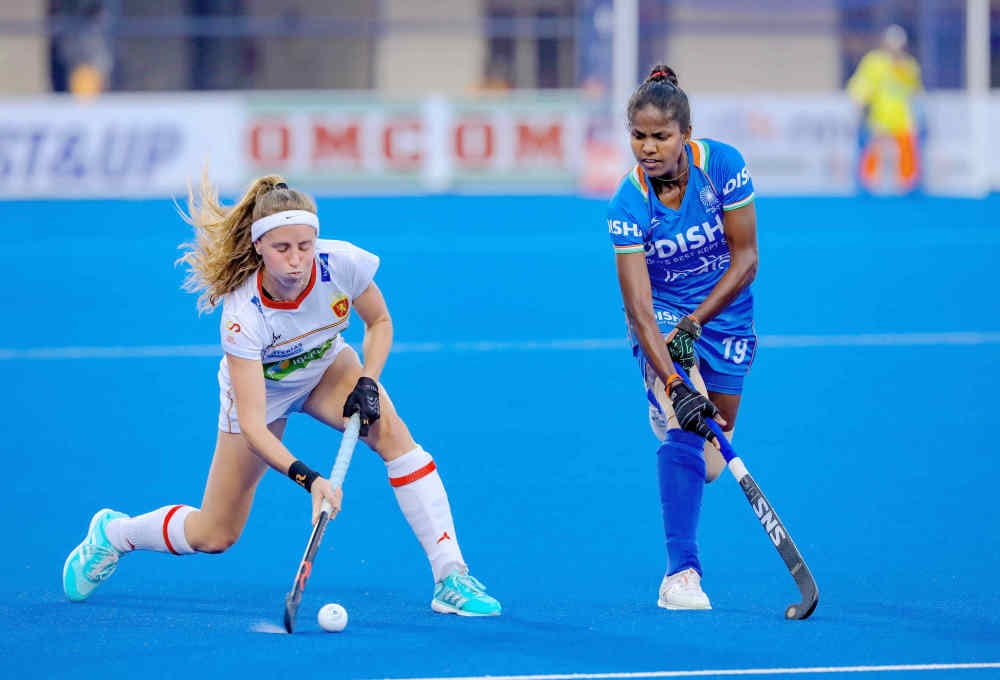 "The last 10 years have definitely been the best years of my life. I had a dream to play for my country at the biggest stages and I am so happy that I have been able to achieve my dreams." Namita said as she announced time on her career with the National Team.~
"I hope I have made a huge impact and I am very thrilled to see the way the Indian Women's Hockey Team has progressed in the last decade. I will keep cheering and supporting for the team while I move on to a new chapter in my life. I could not have achieved this without the support of my teammates, and the Odisha State Government who have backed us unconditionally.

"They have recognised our achievements every step of the way. I thank the Chief Minister Shri Naveen Patnaik sir and the Departments of Sports and Youth Services. I also thank Hockey India, SAI and the Ministry of Youth Affairs and Sports for their unparalleled support for Women’s Hockey. I also thank all the coaches I have trained under,"  Namita added
Soon after  Hockey India congratulated the two-time Asian Games medallist for her fantastic contribution to Indian Hockey.

Women's Team Chief Coach Janneke Schopman praised the midfielder saying, "Namita has a made a humungous contribution to Indian hockey. Apart from giving everything on the field, Namita has also been a perfect role-model for the youngsters in the team.

"Not many players get a chance to play 168 matches for their national teams and Namita has earned each one of those caps. Apart from being a great hockey player Toppo is one of the kindest people I know."

"She is very thoughtful and she always put the team first. I would like to wish her all the very best for the future."  the coach added

The 27-year-old Namita is a product of the Sports Hostel, Panposh, Rourkela which is located in her native state of Odisha. She first represented her state team in 2007 and her performances in the domestic competitions saw her getting selected for the Girls U-18 Hockey Asia Cup in Bangkok, in 2011 where the team won the Bronze Medal.

Namita's hard work and dedication in the National Camps and consistent performances in the domestic circuit saw her getting selected to represent the Senior team in 2012 when she participated in the FIH Champions Challenge I in Dublin.
"The following year, she was part of the Indian Junior Women’s Hockey team which won the Bronze Medal at the FIH Hockey Junior World Cup Women 2013 held in Mönchengladbach, Germany.