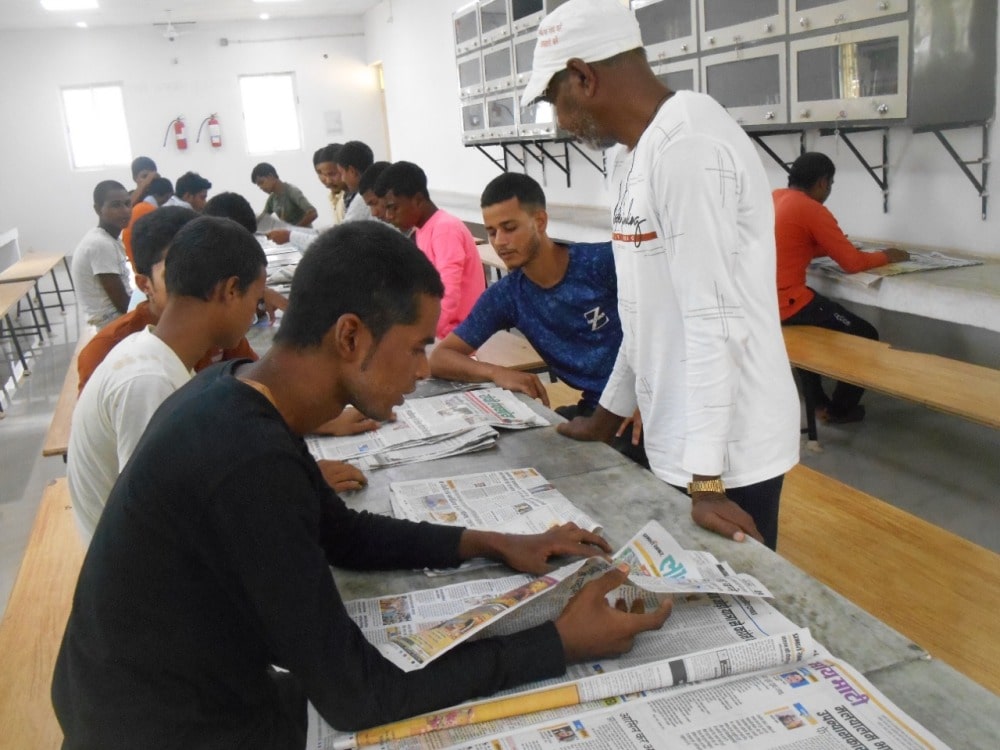 Paramahansa Yogananda: The Autobiography of a Yogi is hard to find on the shelves of the library of BMC jail which houses 5498 prisoners. Entries in the library registers show that every week at least 20 books are issued to inmates.

Since Paramahansa Yognanda: Autobiography of a Yogi was booked by Puja Singhal, it was not available on the selves of the BMC jail library managed by three convicts. They are Vishnu Mahto and Pankaj Sahu who were undergoing imprisonment for life terms and Rohit Mahto who was facing imprisonment for ten years.

“Madam is reading Autobiography of Yogi”, said one of them preferring not to be named. The Ramayana, Vedas and Swami Vivekananda’s books are most popular after Singhal’s choice of Autobiography of a Yogi. They seldom see Puja Singhal in the library though.” Inside high walls, almost every morning she visits the temple of god Shiva and offers prayers there,” said another convict who manages the library in jail.

Back in her cell, she reads books connected with the Prevention of Money Laundering Act,2002.” Her behaviour and conduct were superb. She follows rules and regulations of the jail”, said Supretendant of BMC jail Hamid Akhtar.

Among half a dozen VIPs prisoners, Puja Singhal is an IAS officer of the Jharkhand cadre. She, who was suspended after getting arrested and jailed on charges of money laundering amounting to crores of rupees, was denied bail by the Enforcement Directorate Court in Ranchi. Puja Singhal has neighbours -in all five other VIP prisoners. They are Beck Julius,(retired IAS and convict in multiple million rupee fodder scam), Raja Peter, ex MLA, Enos Ekka,ex-Minister, Yogendra Sao,ex-Minister, and his wife and former MLA, Nirmala Devi.However, none of them had shown interest in booking and reading books from the BMC jail library.

“We encourage prisoners to read so that they get inspired to take the right path in life. Many of them find solace in reading religious books,” Hamid Akhtar who is credited to have equipped the BMC jail library with computers, LED bulbs and furniture as well as quality books and daily newspapers. Though a vast majority of prisoners were not even aware of it, Paramahansa Yogananda: Autobiography of Yogi has become popular inside BMC jail in Ranchi not because it is one of the famous spiritual books of the twentieth century,but because it was subscribed and picked up by Puja Singhal,now a star VIP female accused in money laundering case.