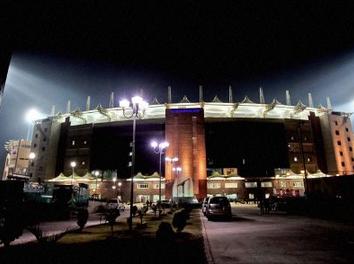 o make a place in the play off in the Pepsi IPL,Royal Challengers,Bangalore(RCB) will lock horns with Kolkata Knight Riders(KKR) at the Jharkhand State Cricket Association’s International stadium in Ranchi tomorrow.

A month back,both teams had confronted each other in Bangalore where The Royal Challengers backed by the electrifying performance of its ace player Chris Gyle who had hit nine sixes in 50 balls,had trounced Kolkata Knight Riders.

So,the Kolkata Knight Riders will try to avenge the defeat.As of now,RCB is in the first four of the list whereas KKR stood far below there.