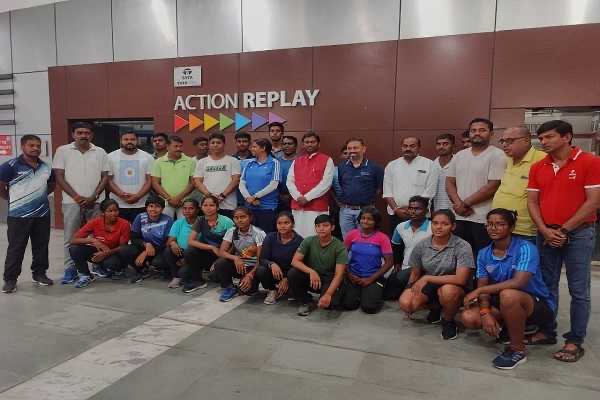 To participate in the 36 th National Games in Gujarat, the archery team of Jharkhand will fly to Ahmedabad on September 28.

The flight tickets are being sponsored due to intervention of Union Tribal Development Minister Arjun Munda.

As per schedule, the archery team players of Jharkhand were supposed to travel from Jamshedpur to Ahmedabad. On Sunday,when he landed in the training camp at JRD Tata Sports Complex,Arjun Munda met them.

On the occasion, Union Minister handed over archery kits to all players. He announced that all of them will fly to Ahmedabad.