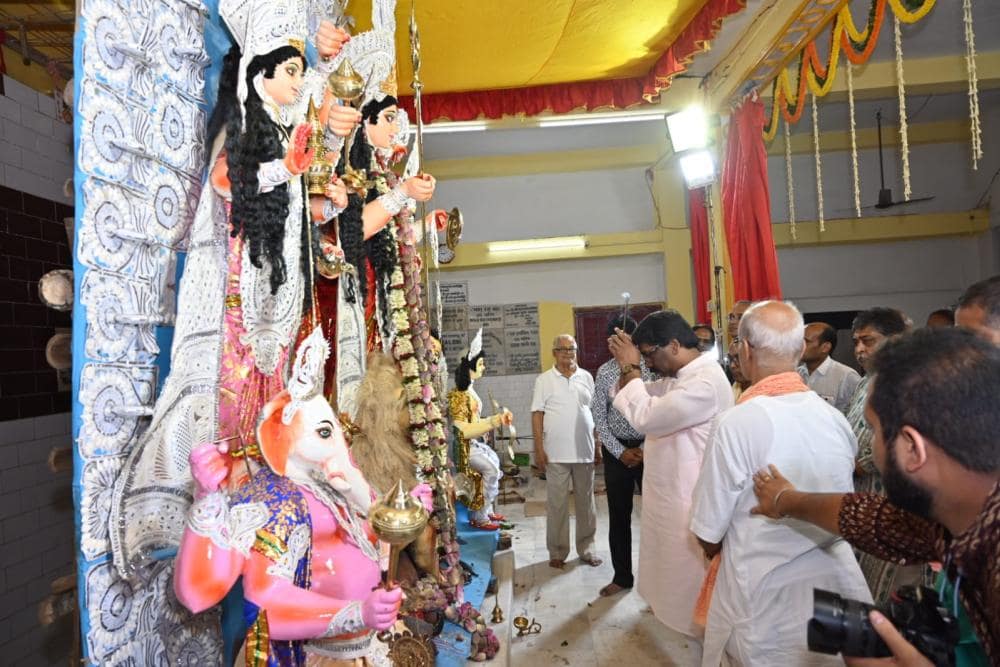 Two ruling coalition leaders have been walking the extra mile to gain the blessings of the mother Goddess Durga.

They are Chief Minister Hemant Soren and Congress leader and former Union Minister Subodh Kant Sahay. Both were spotted praying before the Goddess Durga in Ranchi.

Notably, while Soren is alleged to be involved in an office of profit case, Sahay faced dubbing by the Congress high command on his “objectionable” comment against Prime Minister Modi.

In any case, both are professional politicians as well as devotees of Goddess Durga. As they were always busy mobilizing the support of the people, the Durga Puja pandals in Ranchi attract scores of people to offer prayers.

Most pandals were picked up by private companies to advertise their products. However, Soren and Sahay’s faith in the Goddess Durga can not be questioned.