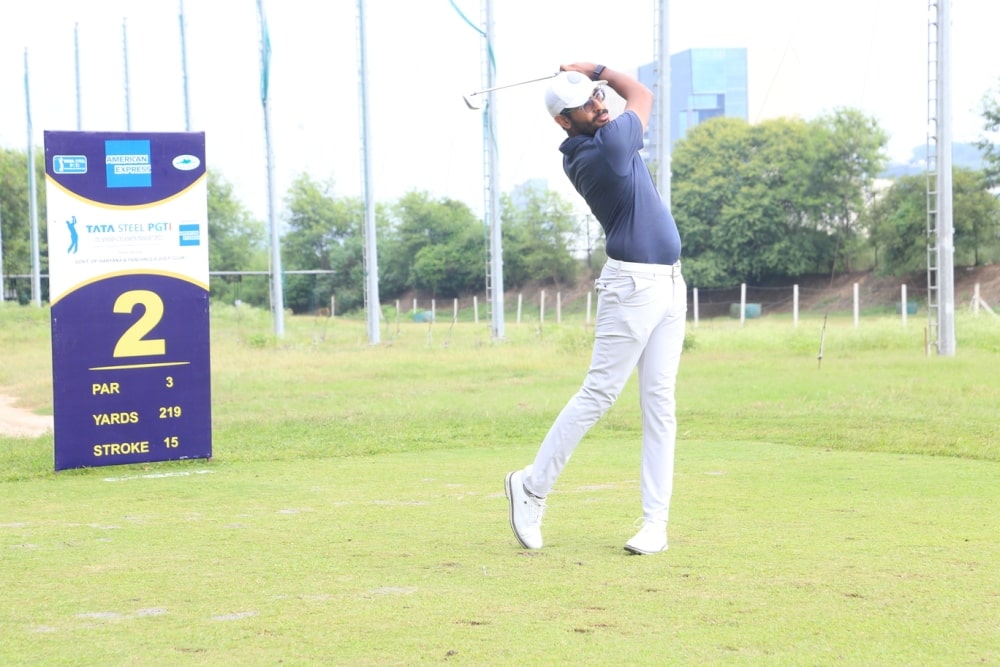 In-form Yuvraj  Sandhu,  fired 4under 68  in the last round to finish on top with a total of 19 under 269 to clinch Tata Steel PGTI players championship, at  Panchkula Golf Club here on Friday.

This was  Yuvraj's seventh professional title, fourth of this season. He took home the winner’s cheque worth Rs. 7,50,000 to move up from third to second position in the PGTI Order of Merit.

Sri Lankan N Thangaraja (68) finished fourth with a score of 16-under 272 while overnight leader Badal Hossain (73) of Bangladesh finished fifth at 15-under 273.

Yuvraj who started the day in the second position, one shot off the lead, was steady with two birdies and all pars till the turn that helped him emerge as leader. He picked up the pace with birdies on the 11th and 12th before dropping a shot on the 13th even as Ajeetesh Sandhu made a charge to move in within one shot of the lead after 14 holes.

Yuvraj reserved his best for the last with a tough downhill 10-feet birdie conversion on the 15th and a couple of tricky chip-putts for brilliant pars on the 17th and 18th to close out the match after Ajeetesh had mounted pressure with another birdie on the 17th.

The winner converted from 10 to 15 feet putts on the last two holes and got out of trouble on the 18th with a good chip from the bunker wall where he had a tough lie. He has now triumphed twice in the Tricity in 2022 having won events in both Chandigarh and Panchkula. He has also narrowed down the gap between himself and the Order of Merit leader Ajeetesh, as the latter now leads the merit list with a margin of less than Rs. 2 lakh.

“The conditions were perfect and I was consistent through the week and that was the only way to brave your way to the top on this course, and I am glad my strategy worked," Yuvraj said

Ajeetesh Sandhu, who was overnight tied fifth and five off the lead, brought himself into contention with his excellent bogey-free 65 on day four before falling just short. Jamal Hossain’s error-free 66 which also featured an eagle on the 12th helped him gain one spot and finish tied second along with Ajeetesh.