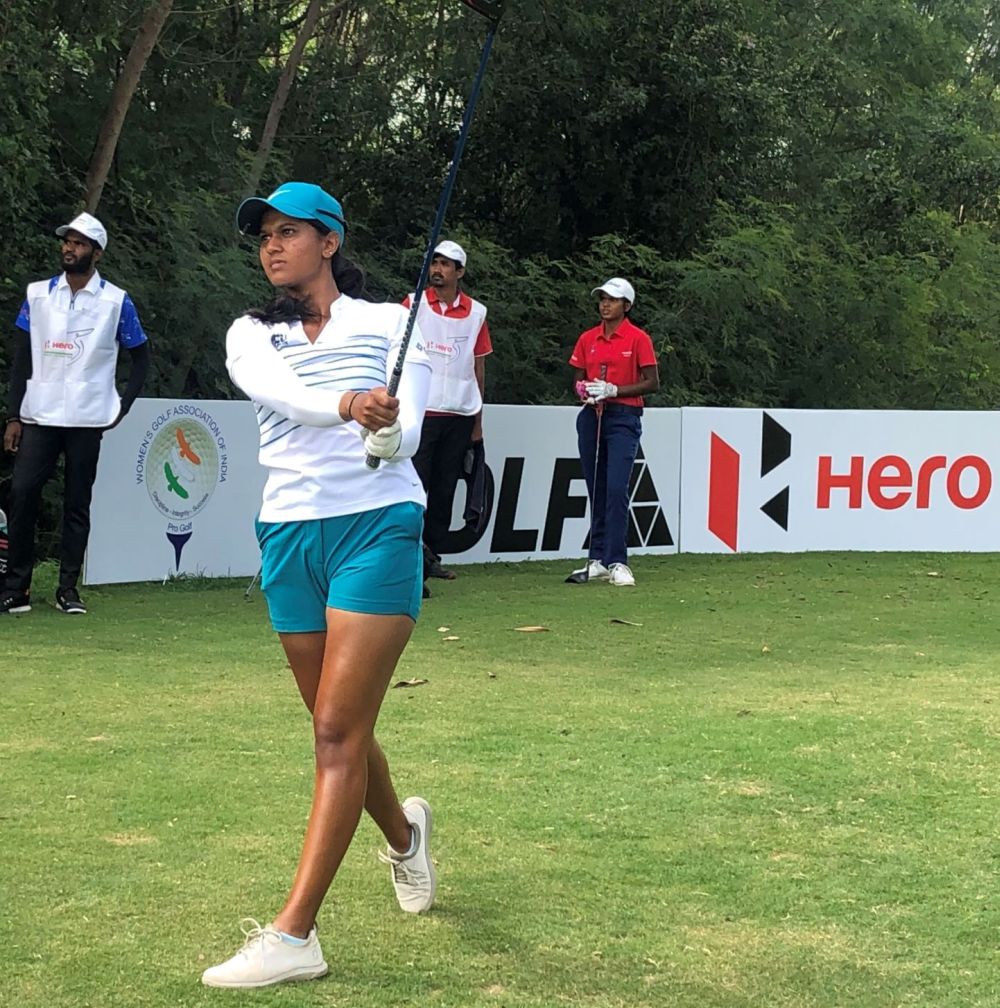 In -Form Pranavi Urs, is the latest addition to the star-studded line-up at the  USD 400,00  prize money Hero Women’s Indian Open .to be held at DLF Golf and Country Club from 20-23 October.

A change in dates of Stage 2 of the LPGA Tour Qualifying School Stage has allowed Pranavi to play the National Open, the lone Ladies European Tour event in the region.

19-year-old Mysuru golfer, Pranavi has won five times in 13 legs of the domestic Tour. She also went to Stage 1 of the LPGA Tour Qualifying School Stage and qualified for the next stage.

The opportunity to play at the HWIO22 is a dream come true opportunity for  Pranavi, who will make her maiden start as a pro at the event where she has earlier participated as an amateur.  “I am looking forward to playing the event.”

Hurricane Ian, which wreaked havoc in and around the Plantation Golf and Country Club in Florida, damaged the course badly and forced the LPGA to shift the dates by month from October 16-19 to November 17-20, 2022.

No sooner did she get the message on the change of dates, Pranavi got in touch with Hero MotoCorp and requested to be put on the entry list, the date for which closed last week.

Pranavi will be part of the strong  Indian challenge that will include the 2016 Hero Indian Open Champion, Aditi Ashok; the 2019 South African Women’s Open winner, Diksha Dagar; Tvesa Malik, Vani Kapoor, Amandeep Drall among others.

At the start of 2020, Pranavi won in two successive weeks, first as an amateur and then as a professional in the following start. She was however hit by an injury last year. She resumed action in terrific form and has won five times and finished second or has shared the runner-up spot four more times to lead the Hero Order of Merit by a huge margin.

The Hero Women's Indian Open is towards the end of the season, which means the players will get one of their last chances to get into the Tour Championship in Spain or secure their card for 2023 at the Ladies European Tour.

The event will see a strong field for this year’s edition which will be led by Christine Wolf, who won the event in 2019 when it was last held. She will be back to defend her title. The other winners of the event include Camille Chevalier (2017), Aditi Ashok (2016) and Caroline Hedwall (2011).