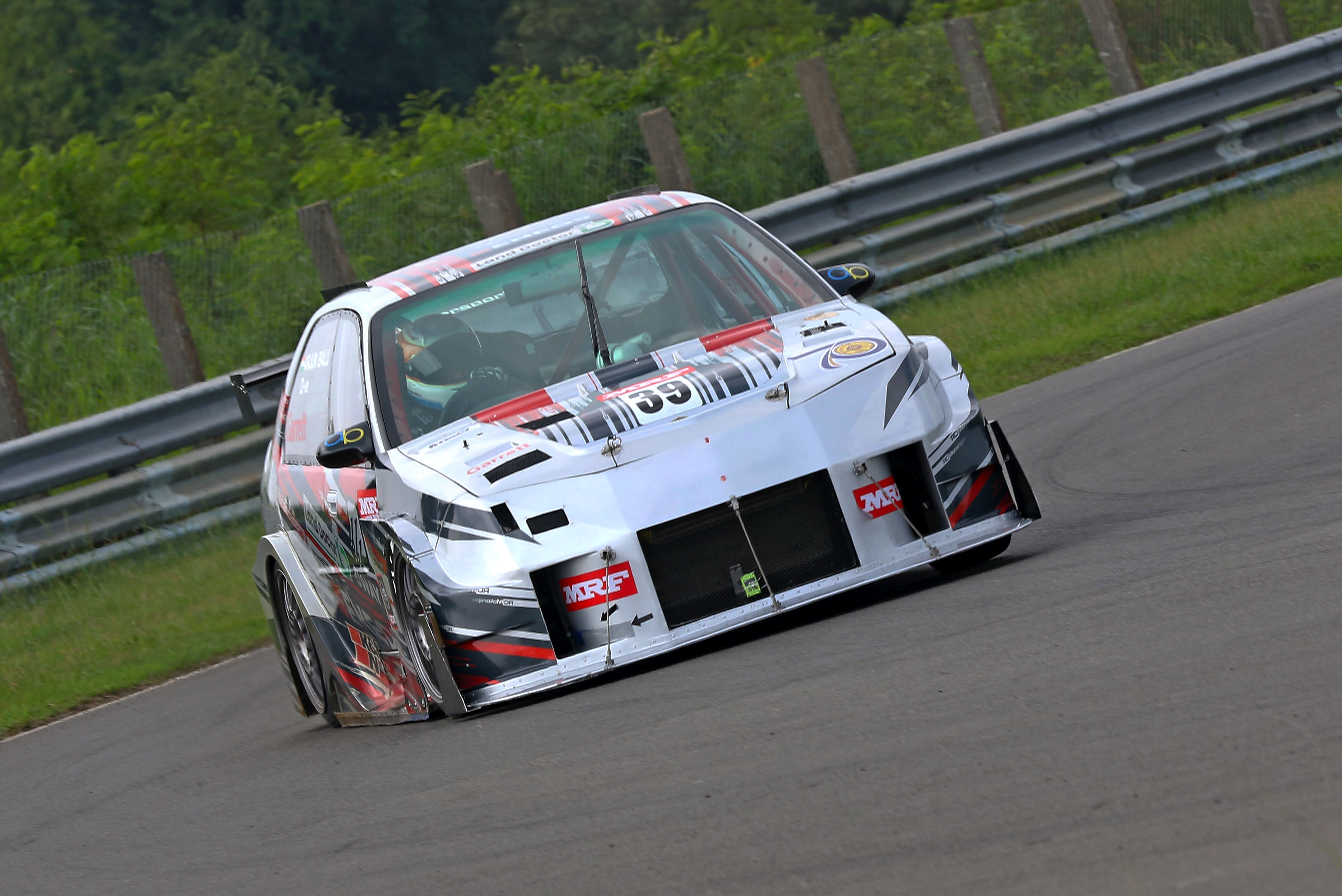 Sai Sanjay  drove  to a brilliant victory in the MRF F2000 category while Thrissur’s Diljith Shaji  claimed  the honours in the Formula LGB 1300 class in the first round of the MRF Indian National Car Racing Championship  at the Madras International Circuit, in Chennai on Saturday.

Sai, 19, started from P2 on the grid and after a good start, moved into the lead. He then defended his position with aplomb despite coming under pressure from Agra’s Shahan Ali Mohsin for much of the 10-lap race for a deserving win.

Earlier, 29-year old Diljith led a 1-2 finish for DTS Racing with Viswas Vijayaraj from Nellore for company while Bengaluru’s Arjun Nair (Momentum Motorsports) was third. The eight-lapper, after much jostling in the early stages, settled down with Diljith forging his way to the front followed by Viswas.

The pair  was  well ahead of Bengaluru’s Arjun Nair (Momentum Motorsports) who did well to make four spots after starting from P7.

Veteran Arjun Balu, 47, the defending champion from Race Concepts (Bengaluru) stable, set the pace in the premier Indian Touring Cars category, by qualifying for pole position with a hot lap of 01min, 50.000secs.

He was well ahead of 2017 winner, Arjun Narendran (01:52.560), also from Coimbatore, and who is returning to full-time racing after a five-year break.

The two Volkswagen Virtus cars, making their debut in the championship, and driven by Jeet Jhabakh (Hyderabad) and Sandeep Kumar (Chennai) were fourth and fifth, respectively, some 2.9 seconds off Balu’s pace.