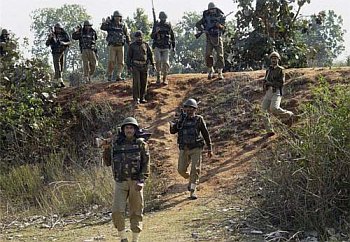 The police claim to have shot dead two associates of the dreaded CPI (Maoist) leader Kundan Pahan in an encounter along the forest in the border area of Khunti and Saraikela –Kharsawan district on Monday. On a tip off that a band of Maoists led by Kundan Pahan was camping in this area, the security forces from three districts – Ranchi, Khunti and Saraikela rushed to the spot.

The body of one of the Maoist was recovered, whereas the other Maoist was traceless. “The Maoists took it away”,said Saraikela-Kharsawan SP Upendra Kumar. Pahan and others managed to escape. One SLR, three magazines and 145 cartridges were recovered from the site.

Two jawans injured in the incident were admitted to the hospital and are reported to be out of danger.