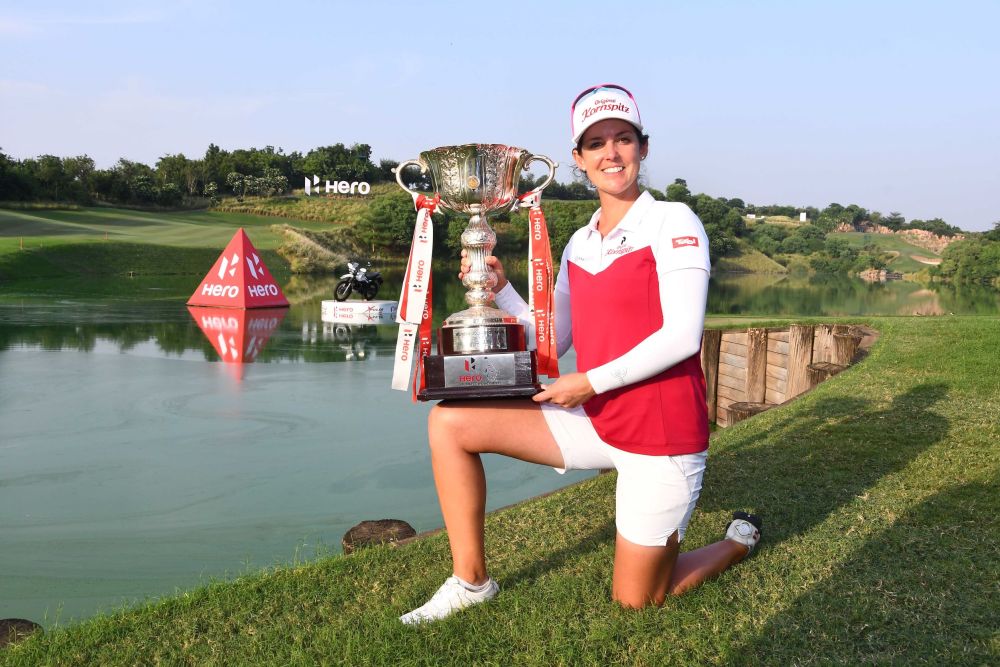 Austria’s Christine Wolf  is keen to defend  her Hero Women’s Indian Open title, which she won  at the  DLF Golf and Country Club here in 2019 However, the event could not be held in 2020 and 2021 due to the Coronavirus pandemic.

The Austrian is now keen to return to action at the course, which has given her both agony and ecstasy. In 2018, she let  the silverware to slip through her hands after logging a quadruple bogey on the 18th on the third day. The 18th turned out to be her nightmare hole then, as she lost no less than eight shots at the hole. In 2019, however, she made amends and grabbed the title with both hands.

Christine did not begin the current season as well as she would have liked. After a modest T-16 in Kenya, she was way down on the leaderboard over the next few starts. But with the Hero Women’s Indian Open approaching, her form has picked up dramatically.

After having had no finishes in Top-15 in her first six starts, she was T-12 at Aland 100 ladies Open, T-15 at VP Swiss bank Ladies Open and then T-6 at the Lacoste Ladies Open de France. Her last finish was T-4 at the KPMG Irish Women’s Open.

When she won here in India three years ago, she recalled that her local caddie, Ajay, had taken the 2018 loss personally and kept in touch with Christine throughout the year. In 2019 they celebrated the triumph together.

As she then said, “He took the loss personally. He said, ‘I’m so sorry, ma’am, I think it was my fault.’ I said, ‘Well the only thing you could have done differently was hit that shot for me’, so it was nice having him there and I think he was super excited as well.”

Now it remains to be seen how things pan out as Christine returns to the same venue and the 18th hole that has been so crucial in her career.

Christine has played at the Olympics in Rio and in Tokyo and is an avid adventure sports junkie. She loves skiing, mountain biking and rock climbing besides swimming and tennis. Her LET career has seen as many as 20 Top-20 finishes, but just one win. No wonder the Hero Women’s Indian Open means so much to Austria's Christine Wolf!