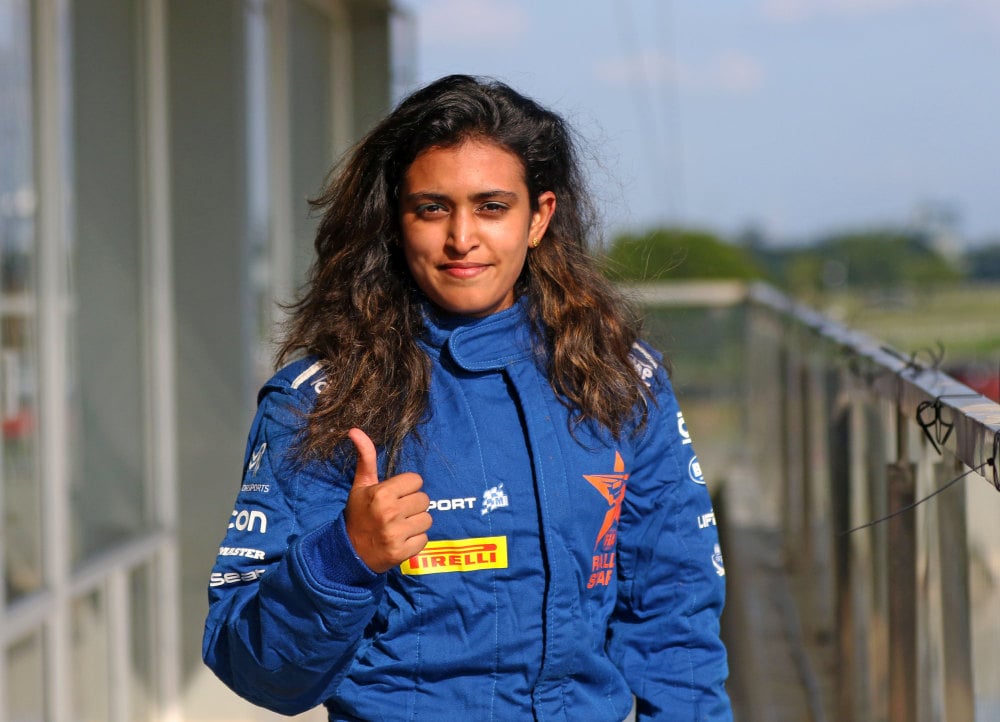 *Pragathi Gowda, the only Indian to qualify for Stage-3 (Oct 11)

Australia’s Jaidyn Gluskie was overall the quickest with a blistering best lap of 01min, 34.08secs over a 1,300-metre course.

The 25 contestants in Stage-2 today were divided into five groups of five each. The two quickest in each group advanced to Stage-3. They were joined by two others who topped a modified version of Nacon’s WRC 9 game in the Digital Challenge, open to the drivers eliminated after Stage-2.

The conditions, following overnight rain, were tricky. The slush caught out many drivers, especially those starting down the order. The mud thrown up by the early cars rendered the terrain, which was a mix of tarmac and dirt, slippery, putting a premium on car control. The terrain improved considerably later in the day under bright sunshine and the drivers were able to clock faster times.

“I am extremely happy to qualify for tomorrow’s Stage-3. The conditions in the afternoon when I drove were much better than in the morning and I was able to perform well. Yesterday was my first experience driving a Cross Car, but now, I am a little more comfortable with it and happy for the opportunity to compete at this competition,” said Pragathi.

Wadia, the quickest Indian yesterday, was distinctly unlucky to miss the qualification for Stage-3 as he was docked a two-second penalty for knocking down a couple of marker cones in his second timed lap which put him third in the group, just one second behind Sri Lanka’s Eshan Pieris.

“In the first timed lap, the gear slipped into neutral and I lost time. On my second outing, I think I knocked down a couple of marker cones. But overall, it was a good experience,” said a disappointed Harkrishan.

As in the case of Wadia, much was expected of Arnav Pratap Singh who had fared well in Stage-1 yesterday, but a couple of driving errors during the timed runs today cost the Delhi driver.

The winners of the Asia-Pacific region will be announced tomorrow after all the drivers have been interviewed by the four-member Jury comprising FIA Rally Director Andrew Wheatley (Chairman), Pernilla Solberg, Maciej Woda and Guy Botterill (Driver Advisor).