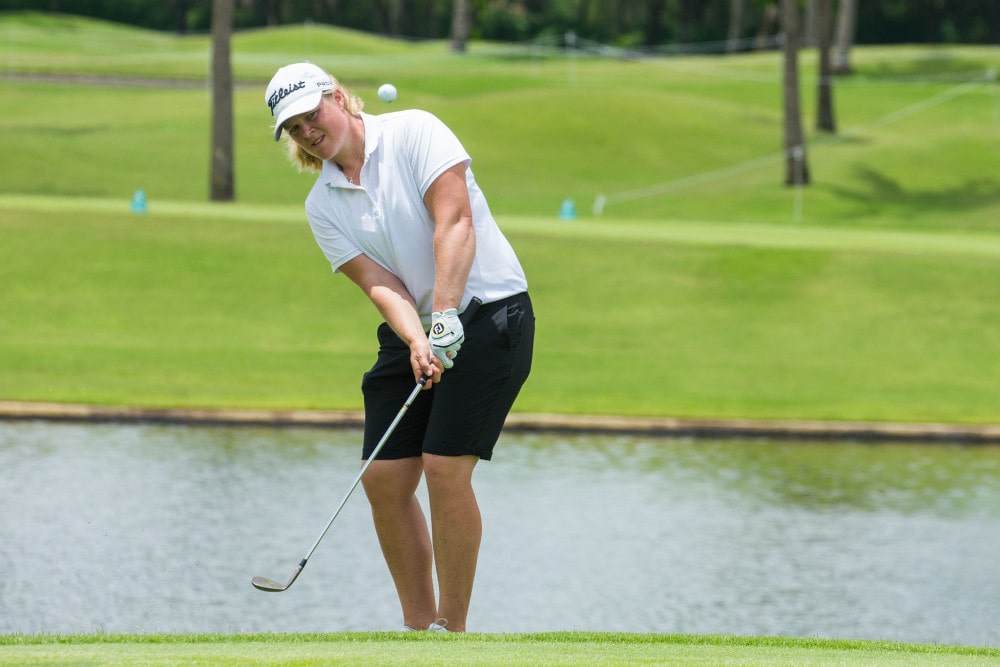 Caroline Hedwall, the winner of the Hero Women's Indian Open in 2011, has confirmed her participation in this year's edition of the tournament.

The  now33 -year-old Swedish star, who blazed her way through at the HWIO in 2011 in what was her rookie year, will have great memories of the Hero Women’s Indian Open when she gets back next week to the DLF Golf & Country Club.

She won hearts all over as she took the title with her mother, Yvonne on the bag at the Arnold Palmer course at the DLF Golf and Country Club. A year later she was runner-up at the same venue and tournament.

Caroline will be coming back for her fifth start at the Hero Women’s Indian Open. Armed with a win and two runner-up finishes in four starts, she is looking for more glory and seeks to add to her collection of six LET wins, four of which came in her sensational rookie year in 2011. Her last win was in the 2018 Lacoste Ladies Open de France. She also has three wins in Australia, one of them in 2011.

Though her first two starts were at the Arnold Palmer layout, her love for the DLF Golf & Country Club as a venue stayed. By the time she returned in 2016, the event was being played at the new Gary Player course, but the results from Hedwall were still great.

Hedwall has an enviable record at the HWIO. After the win in 2011, she was second a year later in 2012, when she lost to Phatlum Pornanong of Thailand. When Hedwall returned in 2016 she saw a new rookie do what did five years earlier – win the Hero Women’s Indian Open. It was India’s own Aditi Ashok and Hedwall was T-23 that year. After skipping 2017, Hedwall was again in contention in 2018 and finished T-2.

A regular on the Solheim Cup team in her early years, she missed out in 2021 but is looking to get back in 2023 in Spain.

One of the most endearing qualities about Hedwall has been how she has had her family close to her in her moments of joy. In 2011, she had her mother, Yvonne, as the caddie and in 2018, it was her non-identical twin, Jacqueline, on the bag. Little wonder, she enjoys great popularity in India.

As 2022 started, Hedwall began to show better form. This season Hedwall has had four Top-10s. Three of those have been in her last four starts – T-8 at Skafto Open, T-8 at Aaland 100 Ladies Open and T-5 at Lacoste Ladies Open de France.