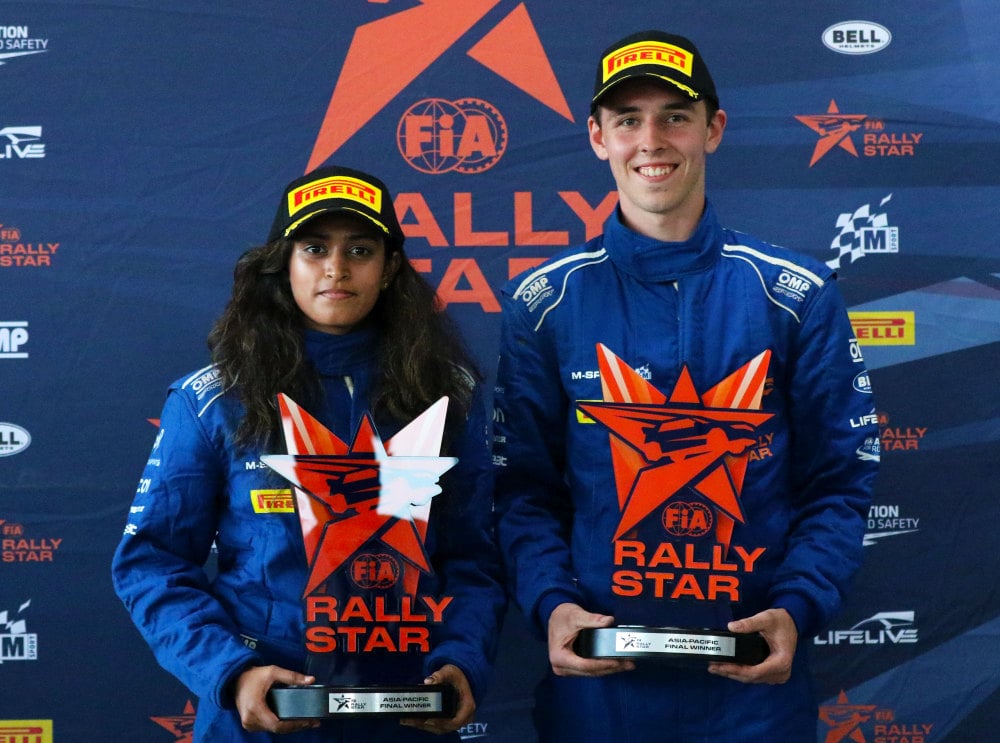 A four-member Jury declared Gill a mechanic by profession, who hails from New Castle, as the overall winner of the Final while 25-year-old Pragathi won in the women’s category. She will represent the Asia-Pacific region in the  World Finals in Peru in January 2023.

The qualifiers for Stage-3 today were put through two phases of timed runs. At the end of the first phase, the list was narrowed down to six contenders based on their times.

The top six were then given another run to decide the quickest. The six drivers were then interviewed by the jury who then announced the winner, taking into consideration their performances, fitness and driving skills.

Pragathi, a post-graduate in finance, who juggles between profession and motorsport, said: “I am super happy. I will do my best to make my country proud. Winning the Rally Star is the biggest recognition I have received and I have worked very hard for it. I would like to tell all the women out there to not lose hope. This is the happiest moment in my life.

“On the first two days, it was more of a tarmac run, but today, it was more gravel which I am very comfortable with and so was very confident. I just stuck to my basics and did what I had to do. I was not happy with my first run today, but I completed the second with ease.”

Taylor Gill, said: “I don’t have the words to describe my feelings now. Coming into the Final here, I just wanted to enjoy myself and put everything together. A couple of weeks ago, I did one day in a cross-car in Australia, but the Rally Star cars here are vastly different. Right now, I am over the moon.”

The winner of the FIA Rally Star Asia-Pacific Final will be representing the region in the 2023 FIA Rally Star Training Season. Besides six rallies in an M-Sport Ford Fiesta Rally3, the Training Season package includes physical and intellectual assessment, driver coaching and testing. The aim is to equip the successful contestants with the attributes they need as they attempt to secure a drive in the FIA World Rally Championship in the future.