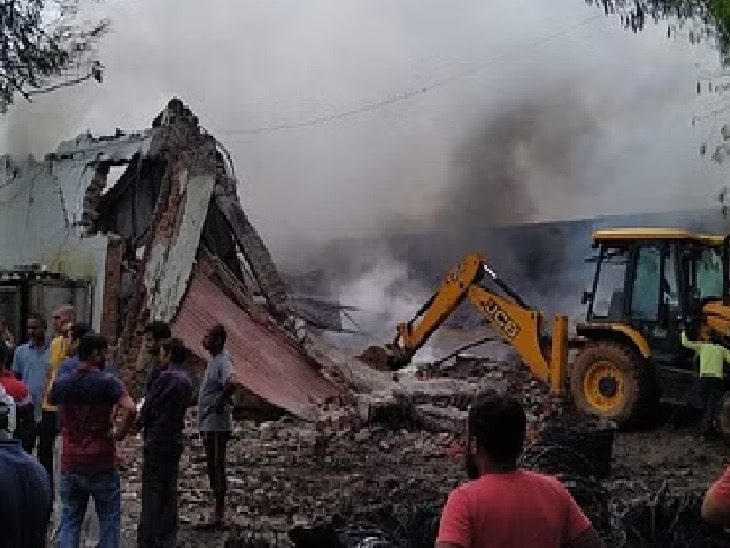 *A scene of the burnt Warehouse of Bharti Airtel in Nakum, Ranchi, capital of Jharkhand on October 13, 2022 morning.

Fires at the Airtel warehouse in Bargaon area under Namkom police station in Jharkhand's capital city Ranchi have burnt worth Rs 50 crore, claimed a report.

They broke out early morning at around 04.00 on Thursday at Airtel’s main warehouse carrying products, files, and digital devices in Jharkhand.

Flames were seen engulfing parts of the sprawling warehouse. The fire spew thick columns of black smoke leaving all products and files kept in Airtell’s warehouse reduced to ashes.

The cause of the fire was attributed to a short circuit.” We saw the smoke coming out from the warehouse. We informed officials and Fire Brigade”, said one of three guards deployed by Airtel there.

Jharkhand government-run fire brigade dispatched 12 fire engines, each carrying a large vehicle carrying firemen and equipment. They managed to put out fires after hours of work.

The fires had a devastating impact as all goods were burnt into ashes.” There was no fire safety facility. There was no water facility available at Airtel's warehouse, said a constable of the Fire Brigade Department who was deployed at the spot.

Even the police have taken note of the fire incident at the warehouse of Airtel.