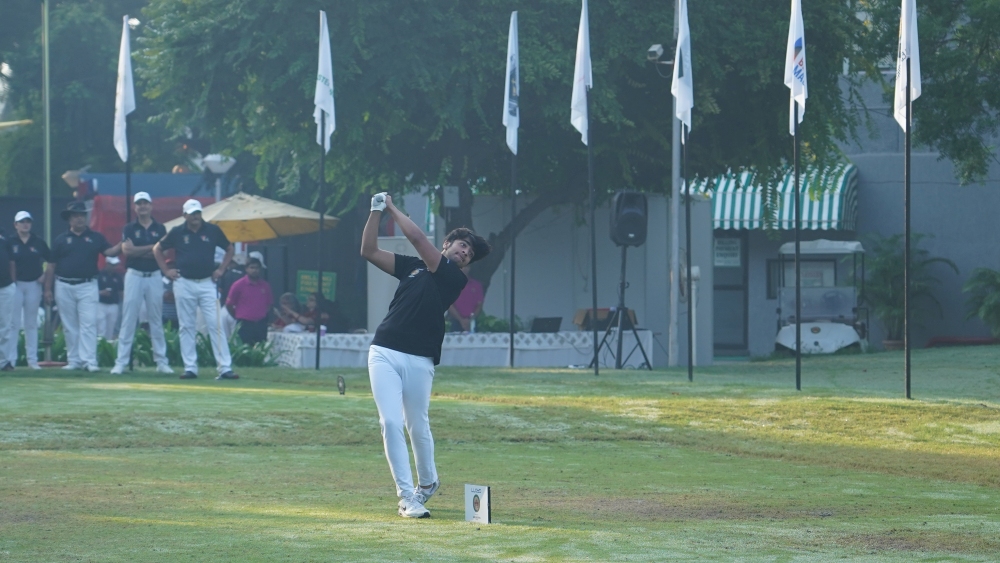 In an exciting battle, team ‘Tee BIrds’ pulled the rug from under team ‘Robo4me’ winning 4 of their 7 games to tally 8.5 points and climb to the second spot behind ‘The A-Team’ in their group on Day 8 of the ‘Lloyd Delhi Golf Club League here on Thursday.

“Tee Birds’ have played only 3 games thus far and tallied 25.5 points as have ‘The A-Team’ who sit atop the table in that group with 29 points. ‘Robo4me’ however have completed their quota of 4 games for the League Stage and tally 25 points.

In the second session, team ‘Bajaj Foundation’ tallied 9 points winning 4 out of the 7 games they played against team ‘B i Luxury’ who managed only 6.5 points. ‘Bajaj Foundation’ occupy the third position in their group with a total of 25 points and ‘B I Luxury, the fifth position with 13 points.

The League, being played at the historic par-72 Delhi Golf Club course, features 13 days of hard-fought golf and will conclude in a Grand Finale on October 22, 2022.

The tournament is being played on a “Four-ball better-ball Matchplay” Format.  The League will be played in two stages – a Round Robin stage followed by a Knock-out stage. During each playoff match between two teams, each team will field 7 pairs (14 players). One pair from each team will play against a pair from the other team in a “Four-ball better-ball” Matchplay format with all the players playing off 75% of their original handicaps. The teams will get points for their wins. The 20 teams have been divided into 4 groups. After the Round Robin stage, 2 teams from each group will qualify for the Knock-out stage starting with the Quarter-finals.  The Finals will be played on the 22nd of Oct 2022.