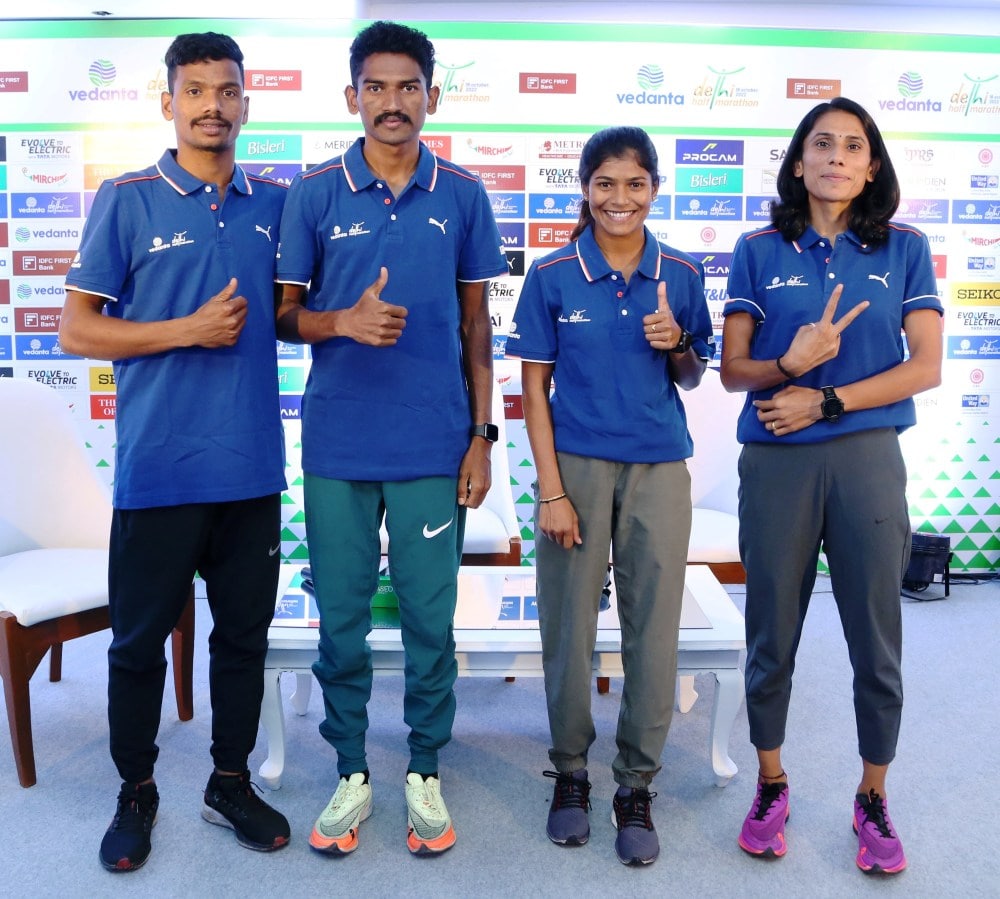 Ace distance runners Avinash Sable and Sanjivani Jadhav will spearhead the  Indian challenge in the men and women section of the  17th Vedanta Delhi Half Marathon here on Sunday.

The Indian elite winners in the men’s and women’s categories will take home INR 350,000 each and the prize fund includes the top 10 finishers in both. There is also a bonus of Rs 100,000 for a new course record and a similar prize amount as the jackpot.

The hosts challenge will also feature seasoned runners such as Kartik Kumar, Lakshmanan G and Man Singh in the men’s section and Monika Athare, Prajakta Godbole and Nandini Gupta in the women’s field.

Avinash Sable, become the first Indian to complete the half marathon in under 61 minutes — finishing in a sensational 60:30 for the Indian crown and 10th place overall in 2020 while in the women's category focus will be on Sanjivani Jadhav, silver medalist in 2020. In good form after winning gold in 10,000 m at the 2022 Federation Cup, she also finished first among Indian women in the TCS World 10K in Bengaluru earlier this year

The 28-year-old Sable hit the headlines at the Birmingham Commonwealth Games where he won silver in the 3000 m steeplechase, making him the first non-Kenyan on the podium in this event at the  Games since 1994.

It was at the 2017 edition here that he came into prominence with a third-place finish. “I have been participating in this event since 2017 and I finished third among the Indians the first time I took part and then finished second in the following year. I didn't even think that I would become an athlete when I took part then, but the experiences of taking part in the Vedanta Delhi Half Marathon have helped me become a better athlete.”

"I will try to go faster than my previous best of 1 hour, 30 seconds. My aim will be to pace my run as per my strategy and my training. Definitely I want improve the timing I clocked here in 2020," he told media persons on the eve of the marathon.

Challenging Avinash for the top spot is Srinu Bugatha, who finished second in 2020 in the Indian elite category. He impressed with an 8th-place finish at the Bangabandhu Sheikh Mujib Dhaka Marathon.  "My main event is the full marathon but I have always enjoyed the Vedanta Delhi Half Marathon. Last time I clocked 1:04.16 in 2020 and my aim will be to improve this time.” he said

Sanjivani is likely to face tough competition from  Priti Lamba, primarily a 3000 m steeplechaser, who is looking forward to a good race on Sunday.

She said, "Although steeplechase is my main event, I have been participating in marathon events for a while now and I have the experience of participating in this." Lamba finished 9th among Indians in the 2020 edition in a time of 1:20:48.