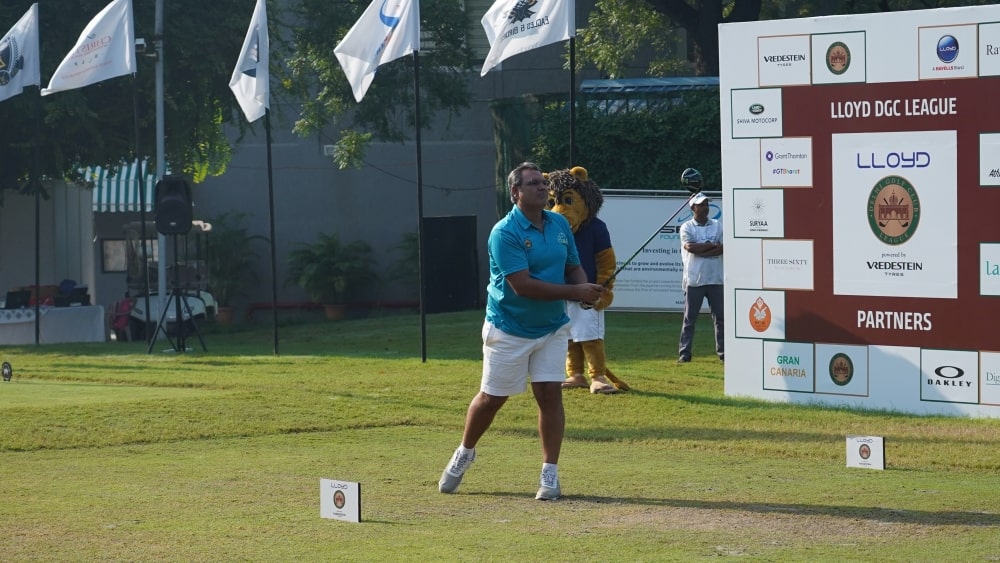 Team 'Baale Golf’ took a  huge  9.5-point lead over the next best team in their group, ‘MMG Coca-Cola’ to top their group and cruise into the Quarter-Finals of the ‘Lloyd Delhi Golf Club League here on Saturday.

In their contest against team ’24 Lions’ today, ‘Baale Golf’ won 4 of their 7 matches to tally 9.5 points against their opponent’s effort of 5 points.  In 4 completed outings, ‘Baale Golf’ now tally 41.5 points to lead their group with team ‘MMG Coca-Cola’ sitting a distant second at 32 points.

In the first session, team ‘The Pioneers’ won 5 of their 7 matches and secured 12 points against team ‘Sterling Swingers’ who managed 4.5 points.  It is unfortunate that ‘The Pioneers’ fell short by just one point which would have pushed them through to the Quarter-Finals.

In the final session of the day. Team ‘Eagles and Birdies’ showcased some classic golf to win 4 of their 7 matches and pocket 9.5 points against team ‘Shiva Motocorp Land Rover’ who managed 7.5 points.  Both teams are out of contention.

The tournament is being played on a “Four-ball better-ball Matchplay” Format.  The League will be played in two stages – a Round Robin stage followed by a Knock-out stage. During each playoff match between two teams, each team will field 7 pairs (14 players). One pair from each team will play against a pair from the other team in a “Four-ball better-ball” Matchplay format with all the players playing off 75% of their original handicaps. The teams will get points for their wins. The 20 teams have been divided into 4 groups. After the Round Robin stage, 2 teams from each group will qualify for the Knock-out stage starting with the Quarter-finals.  The Finals will be played on the 22nd of October.