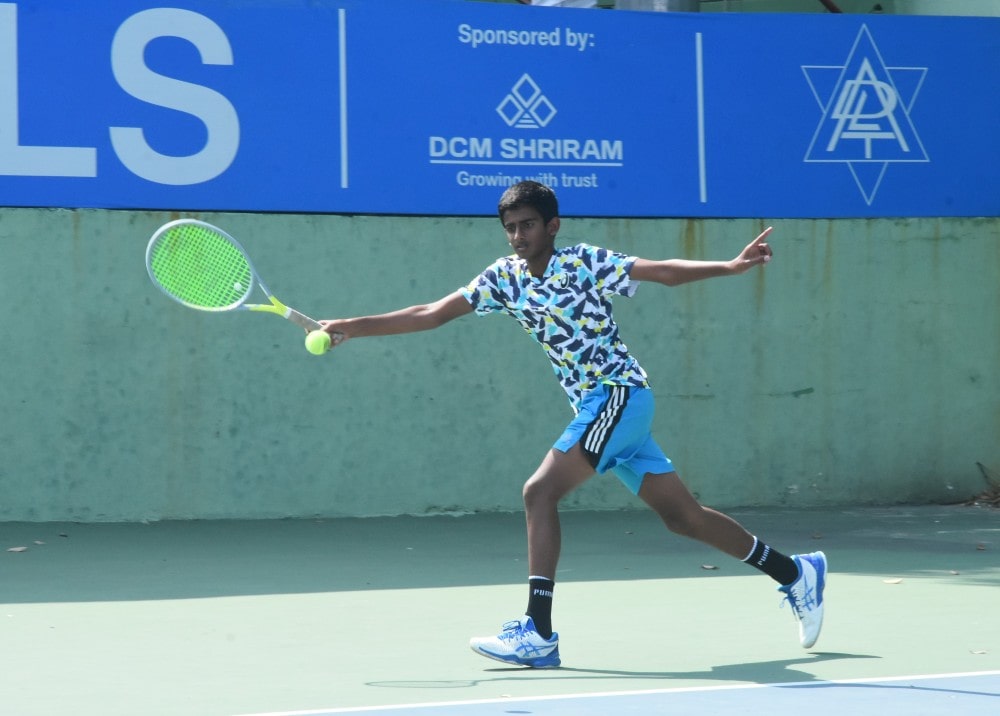 Mahalingam Kandhavel upset the top seed, Tejas Ahuja,  6-4, 6-1   while in the girls section top seed Asmi Nihar Adkar faced no problem in making the short work of Saily Prash Thakkar 6-0, 6-0  in the second round of the  (U-!6) Fenesta Open National Tennis Championship here on  Tuesday.

“It was a great match. It was really challenging to beat the top seed. This is my third year at Fenesta Open and it was an amazing experience," said an excited Mahalingam.

Debasis Sahoo, the second seed beat Jevin Ashok Kanani 6-2, 6-4. ". I really had fun during the match and I really hope to give my best in the next matches.” the winner said after the match.

Third seed Swastik Sharma worked his way past Levin Mydeen 6-1, 6-3. Swastik faced little trouble in the first set, as he dropped just one game. In the second set, there was more challenge but Swastik had sorted out his game plan.

“The match was good. My opponent (Levin) played really well. I am really excited for my next matches," said Swastik.

In the Girl's section  Asmi Nihar Adkar took little time in finding her touch to execute good strokes on either flank.

"This is my first time here at the Fenesta Open. I have been playing since I was six years old and playing at this event is a privilege as the best compete here. Having umpires and ball boys from the first match is really helpful for us players. It reduces the pressure of wrong calls. For me it is a really great experience," said  Asmi.

Second seed Aakruti Sonkusare poured in all her strength and zeal to beat Mehak Kapoor 6-2, 6-4. She said, “I am playing Fenesta Open under 14 and under 16 both. The experience of the match is really good. I am really excited to play my other matches.”

Third seed Saijayani Banerjee dropped four games as she beat Harithashr Venkatesh 6-2, 6-2 in the second round.  “It was a very good experience today. I lost to Harithashr in the previous matches and winning this was really fun. I tried my best and finally won it. I hope I will do even better in the next round," said Saijayani.

Fourth seed Aishwarya Jadhav was also in comfort zone as she wiped put the challenge from Aarushi Raval 6-0, 6-2 in the second round of the same section. Aishwarya faced little resistance in the match and is hoping to come good in the rounds ahead of her. “It was a good match and I was in charge from the beginning. This helped me a lot to win the match. I am getting ready for the more difficult matches," she said.