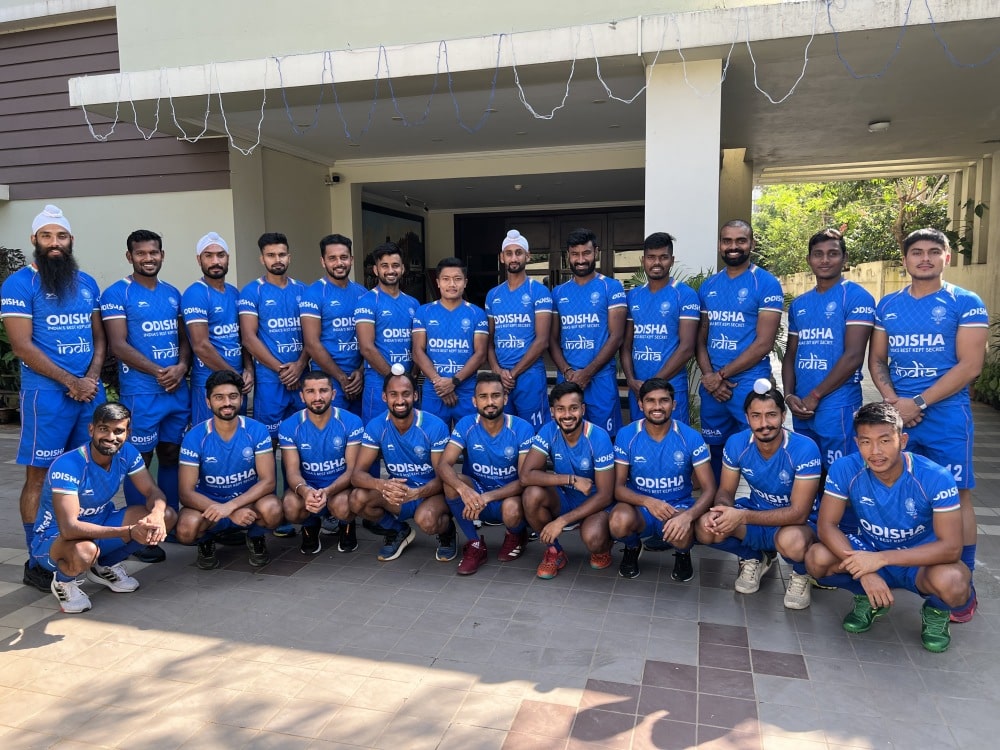 Ace drag-flicker Harmanpreet Singh was on Tuesday named captain of the 22-member Indian for the doubleheader matches against Spain and New Zealand in the season opener of the FIH Pro League to be played in Bhubaneswar.

Experienced midfielder Manpreet Singh will be the vice-captain of the team which also sees some fresh faces in Mohd Raheel Mouseen, who was part of India's victorious outing in the FIH Hockey 5's earlier this year, and S Karthi, who played his maiden tournament for India at Asia

Midfielders Sumit, Manpreet Singh, Hardik Singh, Moirangthem Rabichandra Singh, Shamsher Singh, Rajkumar Pal, and Mohd Raheel Mouseen have been picked to represent India. In the forward line, S Karthi has been credited for his performance in the Asia Cup held in Jakarta earlier this year. He will play alongside experienced forwards Mandeep Singh, Dilpreet Singh, Abhishek, and Sukhjeet Singh.

Talking about the team, Chief Coach Graham Reid said: "We have chosen an experienced squad to play the first two rounds of Pro League starting this weekend in Bhubaneswar. Given that, we also have two new players playing in the Pro League."

"Mohammed Raheel will make his debut in the 11-a-side format after strong performances including Leading Goal Scorer and Player of the Tournament at the FIH 5’s tournament in Lausanne in June and at the recent National Games in Rajkot. S. Karthi is also making a return after his impressive debut at the Asia Cup earlier this year. He is a strong bustling striker with a powerful shot at goal, who has a presence in the circle, important against the strong European and Oceania nations."

India is scheduled to take on New Zealand when they begin their campaign on 28th October and in their second match,  hosts will take on Spain on 30th October. On the following week, India will play their second tie against New Zealand on 4th November and play Spain on 6th of November.

All matches will be held at 1900 hours at the iconic Kalinga Hockey Stadium, which will also host the World Cup in January 2023.