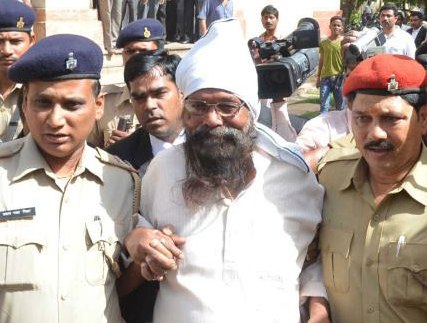 Congress MLA Savna Lakra,his associate,driver and a body guard were today awarded life imprisonment by the local court in a case of honour killing.

District and Sessions Judge SS Kazmi,who had convicted Lakra, his bodyguard Janak Mahato, driver Gopi Kashyap and his associate Dinesh Lakra in the abduction and murder of Avinash Tiwari on Monday,awarded life imprisonment to them today.

The case dates back to April 24,2011 when Avinash went missing.Avinash was in love with Lakra’s niece.

As per the chargesheet filed by the police,his bullet ridden body was recovered from a forest at Karra in Khunti on April 27,2011.His father had lodged the FIR alleging as follows:

The MLA surrendered to the court on May 24 that year after a non-bailable warrant was issued against him.