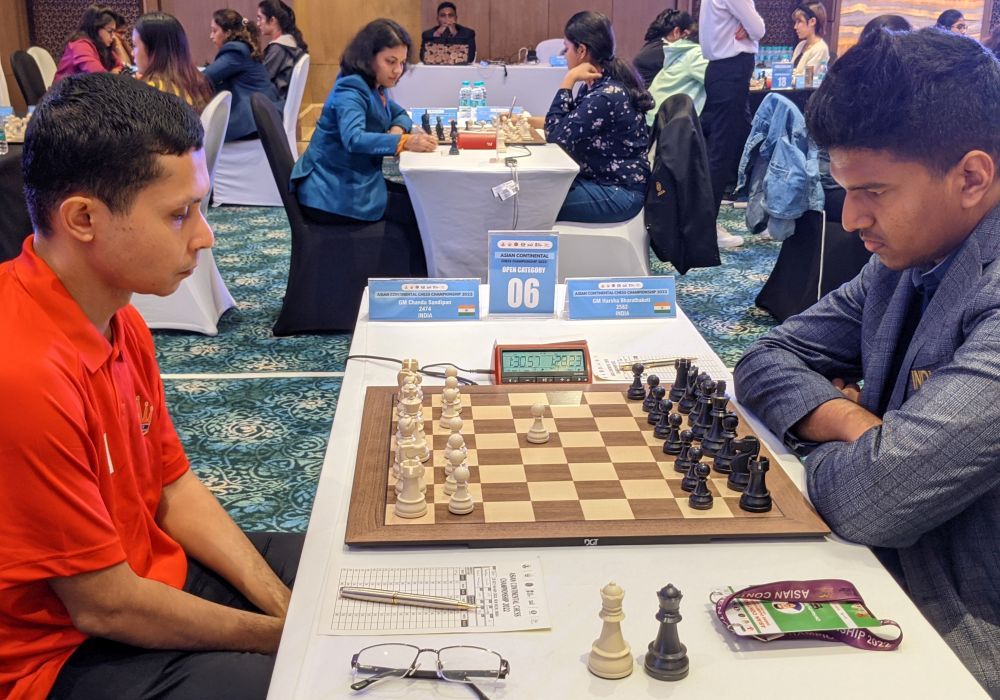 Pragganandhaa and Mendonca now have the company of compatriot Karthikeyan Murali, Harsha Bharathakoti, Turkmenistan Grandmaster Maksat Atabayev and International Master Koustav Chatterjee are sharing the lead with three and half points.

Harsha Bharthakoti joined the leaders after capitalizing on crucial errors made by his compatriot Sandipan Chanda while Koustav Chatterjee had a lucky escape against Kazakh No. 1 Grandmaster Rinat Jumabayev to secure full point from the outing.

The lone non-Indian among the leaders, Atabayev got the better of Grandmaster Aryan Chopra in a long battle that ended after 90 moves.

In other important encounters in the Women’s section, Nandhidhaa P V beat Vantika Agrawal while Vietnamese Women Grandmaster Vo Thi Kim Phung defeated Liya Kurmangaliyeva to be at joint leaders position along with Priyanka, Nandhidhaa and Soumya Swaminathan, who beat Thi Mai Hung Nguyen of Vietnam in the fourth round encounter.